End of an error? Are we seeing UK decision-makers saying goodbye to waste incineration? 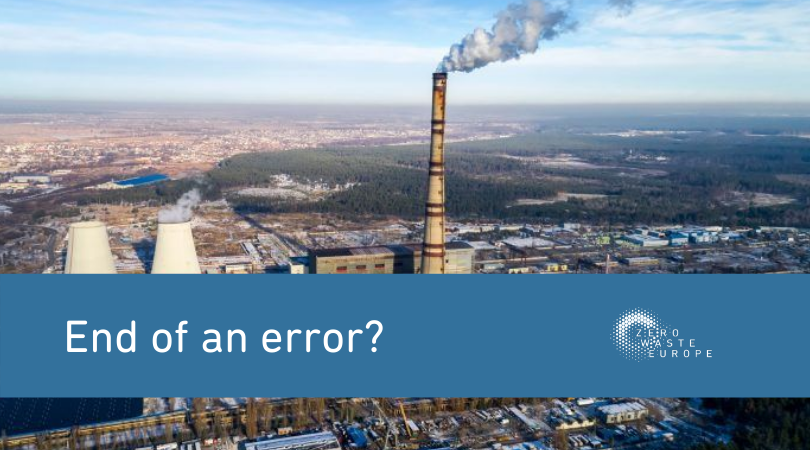 So far 2020 has seen not one, but two waste incineration debates at Westminster Hall. On behalf of their constituents, Members of Parliament (MPs) have been speaking out against incineration. Our member UKWIN helped galvanise MPs’ participation through letter-writing campaigns where supporters contacted their MP to urge them to take part in these debates. Voters made suggestions about what they wanted to hear their MP saying, and MPs from many different political parties obliged.

Anti-incineration campaigners were very pleased to hear so many MPs make the climate case against incineration. During January’s debate, for example, Stephen Doughty (a Labour MP from Cardiff in Wales) noted how:  “Much is made of the treatment of emissions through burner chimneys, but, given the climate crisis we face, the carbon emissions from such facilities make a crucial difference” and this sentiment was supported by Caroline Nokes (a Conservative MP from Southampton) who argued that:

“to allow incineration to proliferate simply does not address the climate emergency that we all agree exists”.

The climate arguments were further developed in the second debate, with Sharon Hodgson (Labour MP for Washington and Sunderland West) pointing out how:

“Surely a technology that is expected to release millions of tonnes of carbon dioxide during the anticipated lifetime of the gasification facility should not be backed by the Government. Indeed, that is a direct contradiction of the Government’s policies on climate change and waste processing. For every one tonne of plastic incinerated, approximately two tonnes of CO2 are released into the atmosphere, therefore contributing to climate change, whereas, perversely, one tonne of plastic in landfill releases zero CO2, so incineration cannot be and is not the solution we seek—it has to be more recycling”.

The MP went on to argue that: “A recent study…found that 75% of commercial and industrial waste sent to incineration or landfill in Wales is recyclable. With recycling rates flat-lining, will the Government consider introducing a tax on incineration, as promised in 2018, to address climate harm and encourage recycling rates? …Surely it is counter-productive to have a landfill tax to deter burying plastic, which causes no CO2, but not to have an incineration tax for incinerating plastic, which causes masses of CO2”.

This was echoed by Wera Hobhouse (Liberal Democrat MP for Bath) who said: “…We now know that we have to get to net zero by 2050…we need to put all our efforts into net zero solutions. I believe that incentives and disincentives are the way forward. I also support the idea of an incineration tax. The landfill tax has made a massive difference in ​diverting waste from landfill; an incineration tax would ensure that we do not just divert all our waste to incinerators”.

January’s debate ended with the Government Minister explaining how:  “Policies aimed at diverting waste away from landfill mean that, in addition to recycling gains, the volume of waste being treated at energy-from-waste plants has increased. Of course, however, the aim with all the measures in the waste and recycling strategy is to bring that down”.

The notion that the UK Government is committed to reducing the volume of material sent for incineration was picked up in February’s debate, with Labour’s Shadow Minister for Energy and Climate Change, Dr. Alan Whitehead MP, declaring that:

“In general policy, we must recognise that the age of incinerators is over…It is imperative to recognise that to move up the waste hierarchy nationally, we need the resources to get away from incineration…We are at a turning point. The future is net zero; it cannot be incineration”. 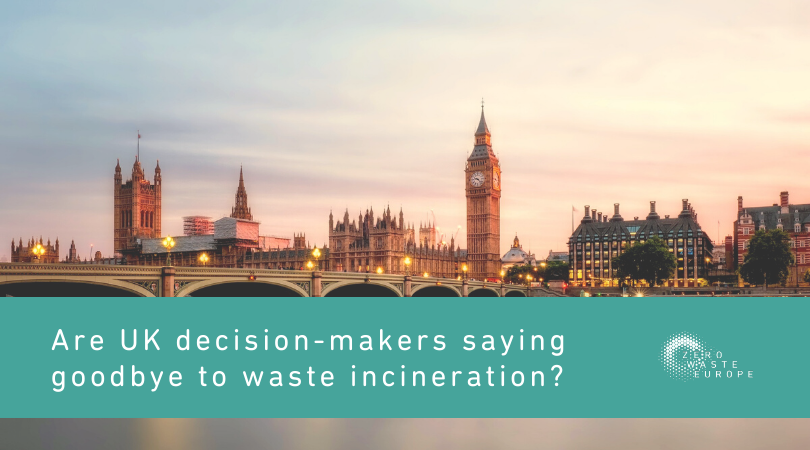 Of course, no debate on incineration can be conducted without mention of adverse health impacts, and the comments made by Jane Hunt (Conservative MP for Loughborough) captured the views of fellow MPs when she said: “Research shows that the PM2.5 emitted by incinerators can penetrate deep into our lungs and impair lung function. The taskforce for lung health has stated that ‘exposure to PM2.5 can cause illnesses like asthma, COPD, coronary heart disease, stroke, and lung cancer’. I therefore echo the concerns of colleagues that incinerators may put the health of local residents at risk”. The MP went on to explain her special concerns regarding the incinerator being built in her constituency due to the risk posed to athletes using the nearby training facility for Olympic and Paralympic teams “who breathe up to 60 times more air per minute than the general public do, and who are more susceptible to respiratory problems…”

The second debate featured 14 MPs speaking out against incineration and included calls for an incineration tax, a moratorium on new incinerators, more powers for the Environment Agency to better regulate incinerators, emissions standards that are tighter than EU requirements, and a redoubling of the focus on recycling. Specific incinerator proposals and facilities were criticised alongside industry greenwash, and anti-incineration campaigners were praised for rising to the challenge of dealing with such technically complex issues.

Peter Grant (Scottish National Party MP for Glenrothes) summed up the mood amongst colleagues when he said:

“…Something must have failed in this democracy for so many people, from so many different political standpoints, to have come here and said, ‘No, we can’t have this’. How did we get to a position where the planning framework, energy production regulation and all the rest of it are so out of touch with the real people for whose benefit the energy is supposed to be created?”

Campaigners were heartened to hear MPs praising both local and national efforts to oppose waste incineration proposals. As Sharon Hodgson MP put it: “I am so proud to represent and work with people who show such determination and community spirit. Like them, I oppose the planning application and will be speaking at the appeal process, which begins next week. I also thank the United Kingdom Without Incineration Network and Shlomo Dowen, in particular, for his work and support on this campaign. We could not have got this far without his expertise…”

UK campaigns are flattered, encouraged, and more determined than ever to see the end of the UK’s era of incineration, or should we say ‘error of incineration’?