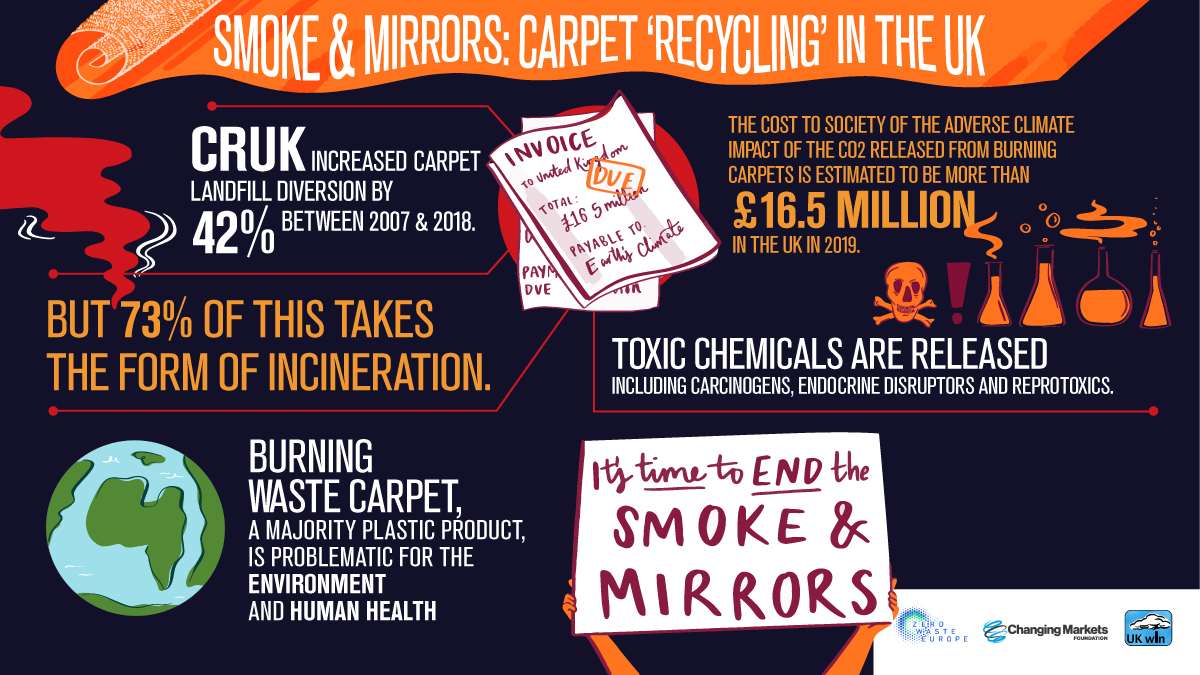 The UK carpet industry’s dirty secret is out, and we now know that the industry is responsible for an estimated £16.5 million of climate harm arising from the incineration of around 130,000 tonnes of carpet in 2019, releasing approximately  243,000 tonnes of CO2 into the atmosphere. This cost is not being paid by producers, so society is in effect subsidising carpet incineration.

This £16.5 million figure is based on assumptions and calculations set out in a new briefing: Smoke and mirrors: exposing the reality of carpet ‘recycling’ in the UK, jointly released on the 27th of November by Changing Markets Foundation, Zero Waste Europe and UK Without Incineration Network (UKWIN).

Taking the Government’s different carbon prices into account, the unpaid climate cost to society of incinerating around 130,000 tonnes of carpet ranges from £8 million to £25 million of unpaid costs in 2019.

Smoke and mirrors exposes what has been happening to carpet waste in the UK under the auspices of Carpet Recycling UK (CRUK), a trade association founded by carpet manufacturers in the UK in 2008. While CRUK has publicly celebrated an increase in ‘landfill diversion’ from 2% in 2008 to 44% in 2018, a closer look revealed that 73% of this diversion was to incineration, with a further 22% of diverted carpet shredded for use in equestrian arenas, leaving just 2% actually recycled back into a non-shredded product from carpet fibres, and less than 1% reused.

The briefing calls on CRUK and its members to drop the greenwash and join responsible manufacturers by publicly supporting mandatory Extended Producer Responsibility (EPR) legislation to close the loop on the carpet industry. It is clear that carpet waste is a serious issue in the UK, with an area the size of the city of Birmingham being thrown away each year. The study also notes that carpets can contain 59+ toxic chemicals, including suspected carcinogens, endocrine disruptors and reprotoxics. 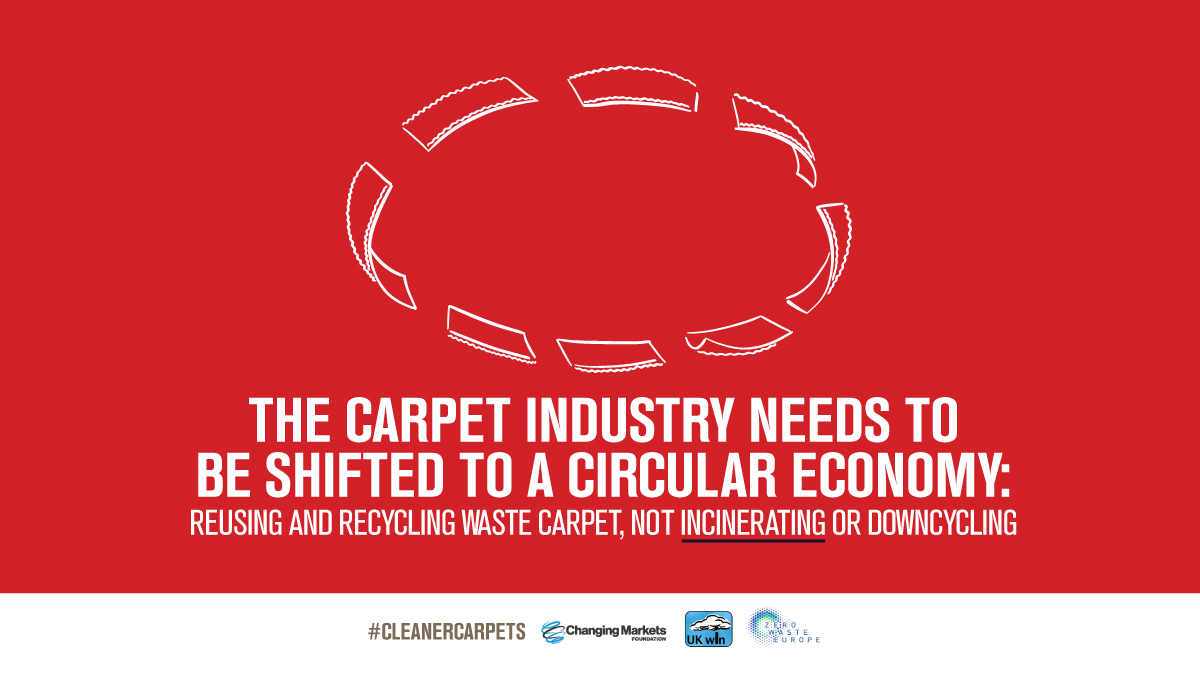 The Changing Markets Foundation’s mission is to expose irresponsible corporate practices and drive change towards a more sustainable economy. In the words of Changing Markets’ Rachel Mulrenan:

“Carpet Recycling UK has been unable to deliver the ambitious, bold and sweeping changes needed within the carpet industry to drive the shift to a circular economy. Instead, the organisation has used its landfill-diversion rates as a smokescreen for what is essentially mass incineration of valuable resources. It is absurd that we are burning carpets during a climate emergency. This clearly shows that the voluntary industry-led approach has failed and that the next UK government should address this wasteful industry with ambitious legislation.”

The carpet industry needs to shift to better designed products, which can be reused and recycled. Carpets need to be made of one fibre, easily separable and non-toxic. Solutions already exist but they need to be rapidly scaled up. At its end of life, carpet must be recycled in a closed loop, whereby materials can be recycled indefinitely without degradation of properties.

The release of the briefing attracted both trade press and mainstream media attention, with articles appearing in Resource Magazine, edie.net, The Daily Mail, and Forbes.

In his thoughtful Forbes piece, entitled “New Report Highlights Urgent Need For Clear Communication Around Sustainability“, journalist and sustainable designer Roddy Clarke drew attention to the need to ensure that messaging around sustainability is genuine and transparent. He noted that:

“The main reason for companies to opt for landfill or incineration is unfortunately down to both convenience and cost and, with carpets currently being difficult to recycle, manufacturing processes also have to change. Legislation is urgently required to increase the cost of both incineration and landfill which would then encourage recycling as the viable solution. Without the transparency needed to highlight these issues, improvements will take longer to implement…Whilst today’s report highlights the issues around the carpet industry itself, it also brings to attention the need for honest communication strategies around such initiatives. In CRUK’s commentary, the diverting of waste was more of a deflection of the problem and by disguising the use of incineration with terms such as ‘Recovered Fuels’ and ‘Incineration – EfW’ (energy-from-waste) it gave the misleading impression a positive solution had been reached”.

Unfortunately, instead of taking Mr Clarke’s advice to heart, CRUK appears to be doubling down on their greenwash. In a statement issued by CRUK responding to ”Smoke and mirrors” they explained how:

“…carpet waste is combined with other non-recyclable or difficult to recycle materials and converted into a refuse-derived fuel or solid recovered fuel feedstock. This is then sent on to either EfW plants or the cement industry, where it is used as a replacement for virgin fossil fuels”.

CRUK does not attempt to justify how burning plastic, which is a fossil fuel, represents an improvement on burning ‘virgin fossil fuels’. Aside from the fact that incineration disincentivises recycling, and incinerating carpets is a waste of resources that could be recycled back into carpets, burning virgin fossil fuels such as fossil gas in Combined Cycle Gas Turbines (CCGT) is actually less harmful to the climate than burning carpets, not least because incinerators are significantly less efficient than CCGT which means that in exchange for the same amount of CO2 emissions far less energy is actually generated.

Incineration releases significantly more CO2 for every kWh exported to the electricity grid than the conventional use of fossil fuels, with the incineration of plastics being worse than coal.

“Voluntary agreements are limited and avoid tackling the heart of the waste crisis by focusing instead on downstream initiatives, such as incineration and downcycling. What is needed in the carpet sector is binding and ambitious policies that tackle the problem at its source by ensuring carpets are designed to be adequately handled at end of life… Extended Producer Responsibility (EPR) is a crucial policy tool to ensuring the circularity of carpets as fee modulation within EPR has the potential to encourage producers to better design their products, rewarding toxic-free, reusable and fully recyclable carpets. In fact, a number of major carpet producers in Europe already support mandatory EPR schemes as a way to drive change towards a circular economy”.

Rather than trying to brush the issue of carpet disposal under the carpet, it is high time for the industry to take responsibility for what they produce, and redesign their products so that they can be reused and recycled back into carpets at end-of-life. 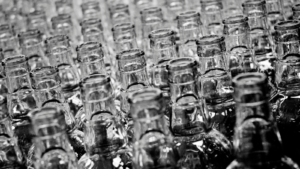 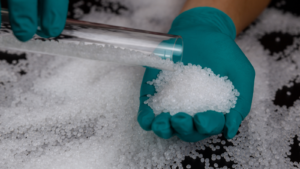 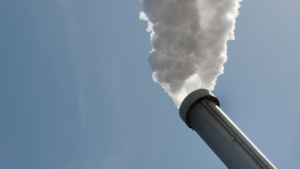