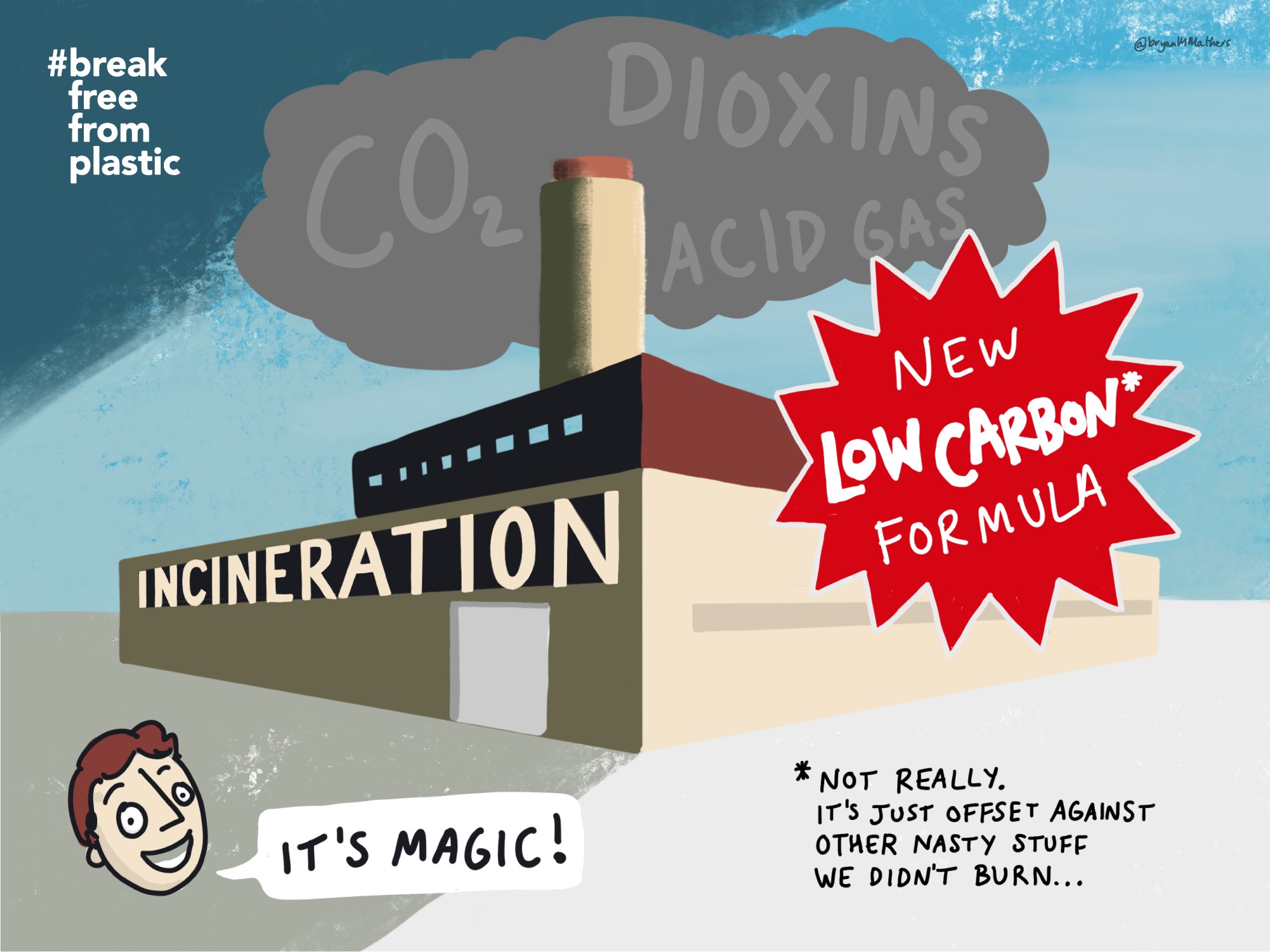 In the last few years, the trend of moving away from landfills, pushed many European member states to look for quick fixes, and foreseeing large investments, pushed them towards facilities to burn waste. Indeed, in 2017, over 70 millions tonnes of waste were burnt across Europe. In this context, Waste-to-Energy (WtE) incineration is often presented as a smart way to make our trash problem disappear, but also as a low-carbon source for the creation of energy… but, is it really the case?

Today, Zero Waste Europe publishes a new Policy Briefing explaining why this is far from the truth.

Moreover, a number of reports have highlighted the high proportion of recyclables in residual waste that could instead be either recycled or composted, having a positive reduction on carbon emissions while initiating other environmental benefits. Also, incinerators require a constant flow of waste to burn which pushes communities to maintain or even increase their production of waste rather than reduce it, which will contribute to locking societies into a linear economy that justifies a throw-away culture (check out how incineration is getting in the way of recycling in our blog).

What appears clear from the briefing is that waste incineration is not a low-carbon source of energy, in fact, strategies promoting waste to energy could seriously undermine the European Union’s efforts to reach net-zero climate change emissions by 2050. Indeed, WtE incineration is built to last for around 30 years, delaying a much needed and urgent transition to less carbon-intensive energy infrastructures such as wind and solar renewable energy.

Promoting waste to energy electricity would make it impossible to facilitate ambitious emissions reduction in the energy sector that align with the Paris Agreement and genuinely seek to limit global average temperature increase to below 1.5°C.

The European Commission has recently excluded waste incineration from the economic activities that contribute to climate change mitigation as it harms the Circular Economy (discover more in our Policy Briefing). With this perspective in mind, Zero Waste Europe calls the European Commission to further consider the climate impact of Waste-to-Energy plants while taking a definitive step in shifting away from incineration and embracing Zero Waste paths. As the briefing pointed out: “It would be environmentally irresponsible to continue to promote waste to energy incineration that is already largely outperformed by the EU average and even worse, by conventional fossil fuel energy generation such as gas”.