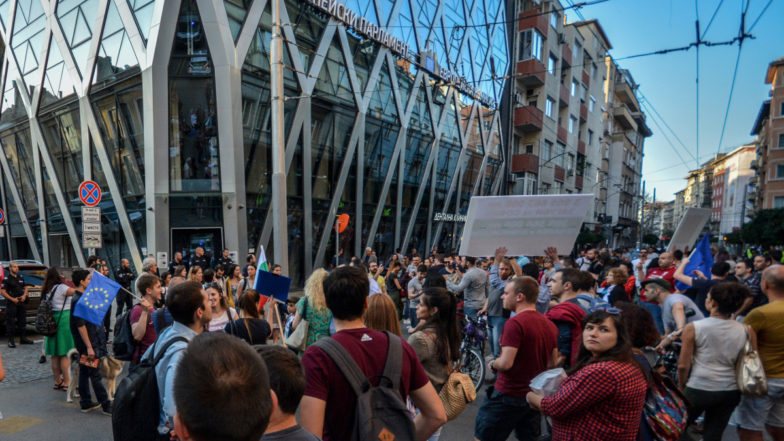 [vc_custom_heading text=”Citizen initiative
‘For Clean Sofia without Incineration’ provides
the European Investment Bank
with 7 good reasons
to stop financing
a new incinerator” font_container=”tag:h1|font_size:60|text_align:left” use_theme_fonts=”yes” css=”.vc_custom_1543411387211{padding-bottom: 10px !important;}”]A group of citizens fighting against the waste incinerator in Sofia, amongst whom our member Za Zemiata, sent a letter to the Bulgarian office

of Operational Programme “Environment” and to the European Investment Bank (EIB) asking them to stop financing this project.

The letter is structured under 7 points, representing sufficient reasons for the Project’s termination:

1) The project indicators do not comply with the requirements of the new Circular Economy Package, specifically the updated targets in the

Waste Framework Directive, Packaging and Packaging Waste Directive, nor with the Single Use Plastics Directive entering into force in May 2019.

2) The capacity of the unit exceeds the current Refuse derived fuel (RDF) production in Sofia by three times.

3) The project allocates investments to an end-of-pipe solution which is outside the scope of the Circular Economy Package, while depriving

of funding other urgently needed actions like separate biodegradable waste collection and composting, mandatory as of end 2023.

while in another decision the Municipal Council described the privatisation as vital for its financial survival.

5) Sofia Municipality has made contentious statements about the particulate matter amount to be generated by the RDF incineration installation,

compared to that generated when powered by natural gas.

6) The project is not endorsed by the population living in the neighbouring residential areas.

7) The cost-benefit analysis is classified as ‘confidential’: although Sofia Municipality’s refusal to release the information was ruled illegal

by the court at first instance, the Municipality has appealed the decision at second instance. Resulting in the project likely to be executed

in conditions of total in-transparency about its financial parameters.

Zero Waste Europe fully supports the ‘For Clean Sofia without Incineration’ letter and will work with citizens to help stopping the project.

Some of the Municipality councilors had already written to the EIB back in March 2018, manifesting their disapproval of the project.

You can read their letter here.