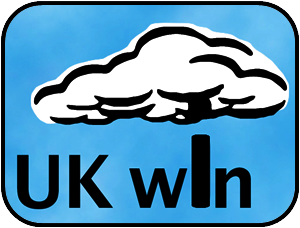 Over more than a decade UKWIN has supported more than 150 grassroots anti-incineration campaigns to face up to formidable corporate power and to the UK’s planning system.

Hi Shlomo, can you give us a brief introduction to UKWIN’s focus?

Founded in March 2007, UKWIN’s role is to help individuals and groups to develop the case against incineration, and support the UK-wide movement in favour of sustainable resource and waste management. Over more than a decade UKWIN has supported more than 150 grassroots anti-incineration campaigns to face up to formidable corporate power and to the UK’s planning system, which is skewed in favour of development. We do our best to equip local campaigners with information and skills, enable them to share their experiences, and we support communities to run effective local campaigns. UKWIN also works nationally to level the playing field and amplify the voices of local citizens, e.g. by lobbying the UK Government and giving evidence to the London Assembly.

I have been actively campaigning against incineration and in favour of zero waste since 2004 when rumours of plans to build a waste incinerator near my home were first circulating. Not only did our local campaign manage to stop an incinerator being built in our community, we went on to help a neighbouring community, also in Sherwood Forest, prevent the revised proposal as well. Of course, seeking to prevent waste incineration comes with the obvious question about what else can be done with waste, and the concept of zero waste was an important part of my education. I now help anti-incineration campaigners ‘graduate’ into campaigners for zero waste and the closed-loop circular economy that leaves no room for waste incineration.

What is your current role in your organisation?

I am the National Coordinator of the United Kingdom Without Incineration Network (UKWIN), working closely (every day) with my son and Associate Coordinator, Josh. We work with so many great campaigners from all parts of the UK, including those who provide UKWIN with essential support with complex technical matters, and those whose passion is always an inspiration.

In addition to supporting dozens of local campaigns against specific incinerator proposals, throughout 2018 UKWIN’s big campaign has been to ‘bin the burners’. UKWIN’s Bin the Burners campaign has included the production of a series of briefings on issues such as incineration overcapacity and the benefits of the circular economy, a facility that allows citizens to write to their Member of Parliament to a halt to all new waste incineration capacity in the UK, a high-profile launch of a report into incinerator pollution, and a big push for the UK to introduce a waste incineration tax to reflect the fact that incinerators are burning plastics which are fossil fuels but are not paying for the cost to society of making climate change worse.

Helping to transform a disparate collection of anti-incineration groups and lone campaigners into a highly effective movement opposing waste incineration. We also want to create a caring community offering mutual support to those seeking to promote the UK’s shift towards zero waste and the circular economy.

There are several primary strands that feed into the UK’s Zero Waste community. This includes ‘Zero Waste’ lifestylers and bloggers, those involved in re-use networks and charity shops, those focussing on preventing food waste, and those who are very keen to reduce the use of plastic. Blue Planet II has been a wake-up call for many, and we hope that this translates into sustained efforts to progressively transform mainstream attitudes. We need to move away from a toxic linear economy, and it appears that this is increasingly being recognised by the public, which helps create the political will for action.

What is a quote that inspires you?

Incineration has no part to play in the closed-loop, zero waste, circular economy towards which we should all be working.

You can find more about UKWIN and their work here.I now help anti-incineration campaigners ‘graduate’ into campaigners for zero waste and the closed-loop circular economy that leaves no room for waste incineration. 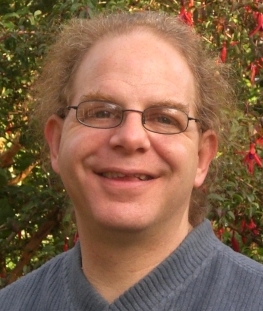