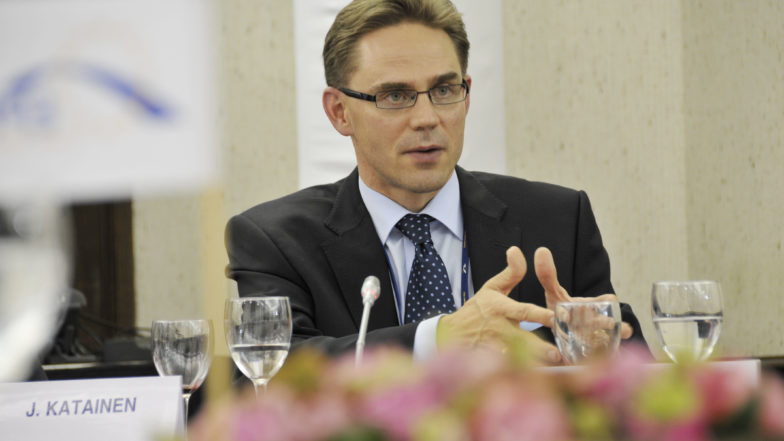 Today Rethink Plastic prompted the European Parliament to set the example and break free from plastic bottles, with a letter to President of the Parliament Antonio Tajani.

It’s been one year since the members of the Rethink Plastic alliance, including Zero Waste Europe, invited the presidents of EU institutions to ban single use plastics from their meetings, events and buildings. While the European Commission and the Council have responded positively and started to put measures in place, the European Parliament has not taken measures yet to end the use of single use plastics in its premises.

A few week ago, the Vice-President of the Commission, Jyrki Katainen, threw down the gauntlet, inviting the European Parliament to a friendly competition to see which European Institution will be the most circular and the first to break free from single use plastic water bottles.

Today, @jyrkikatainen challenged @EP_Environment to move beyond #plastic bottles.
May the best institution win!
In the meanwhile, here's our call for @EU_Commission, @Europarl_EN & @EUCouncil to phase out #singleuseplastic.#rethinkplastichttps://t.co/UL47ViM41o pic.twitter.com/B1qzvPHFul

Will the European Parliament take up the challenge and phase out single use plastic bottles?