An active local community, a contaminated hen and a dirty industrial process: a story from Monselice 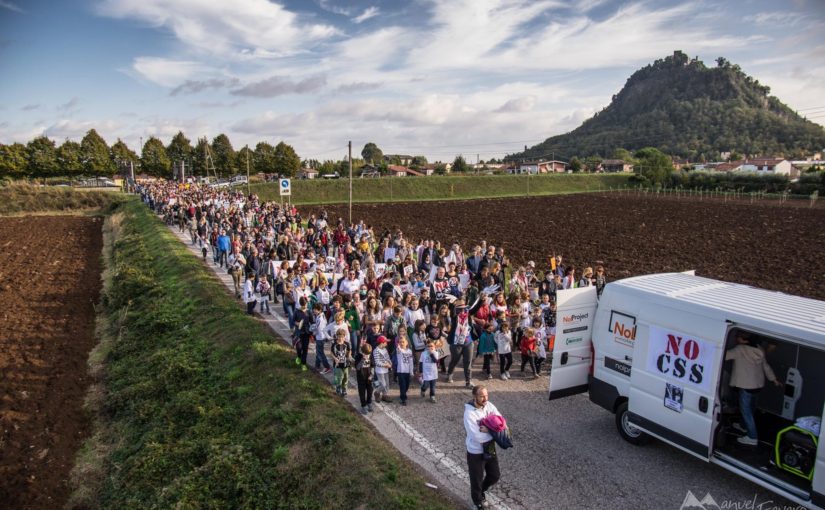 What protection for European citizens?

The EU Directive on Air Quality regulating emissions from waste incineration shows a number of controversial issues. The main source of concern is on the pollutants’ limit values, which are less stringent than those recommended by the World Health Organization guidelines. In addition the EU Directive sets quality standards for the measurement of air quality, which assume an additional range of acceptable uncertainty in the measurements. This allows higher concentration to occur, resulting in higher health risks such as respiratory diseases, cancer, immune system damage and reproductive and growth problems.

What are the repercussions of such a lax regulation? The case of Monselice below provides a concrete example.

Dioxins in a hen: a story from Monselice, Italy

Monselice is a municipality located in northeastern Italy, in the Veneto region. and was known to be the European capital of cement kilns.

With a population of almost 19,000 inhabitants and a municipal area of 50km2 Monselice counted three cement kilns, one of which operating near to a public primary school. In the ’90s a group of citizens realised that those who lived or worked in the areas nearby the cement kilns were more likely to incur serious respiratory diseases. These citizens started an effective grassroot movement with the aim to be involved in the local political decisions. Thanks to their action, two of the cement kilns have been shut down.

After more than 20 years of activity, the local groups E noi? (And us?), Lasciateci respirare (Let us breath) and I.D.E.A are still confronting with the last operating cement kiln. According to Francesco Miazzi, spokesperson of Lasciateci respirare, the former managing authority adopted a virtuous technological development that allowed reducing air pollutants (NOx). Unfortunately, the managing authority that took office in October 2010 radically changed the production process, and turned to waste and waste-derived fuels. The latter fuel sources are well-known for being more hazardous than fossil fuels in terms of emissions of pollutants. However, they are also, cheaper and even lucrative. Nowadays, Monselice’s cement kiln emits more pollutants in the air than the Directive allows.

In November 2017, a hen from Monselice was analyzed by Medicine Doctor F. Grimm in Trieste. The test revealed alarming levels of toxic pollutants  (Persistent Organic Pollutants), namely Dioxins, furans and PCBs (Policlorum Biphenyls), and both the hen and its eggs were declared non-edible for human and animal consumption. The pollutants which contaminated the hen are very likely to be associated with the emissions of the cement kiln in Monselice.

How can Moselice’s cement kiln emissions exceed the limits set by the EU directive?

The problem is that limit values are set according to the “best available techniques” (BAT) – i.e. those that can be implemented under economically conditions, taking into consideration the costs for the operator. Therefore, limits highly depend on economic criteria.

The directive also foresees situations where exceeding the limit values can be officially authorised,  i.e. when  the operator demonstrates to the competent authority that the emission limit is not economically feasible.

Zero Waste Europe and many other organisations representing the civil society has always challenged the linear scheme of production and consumption, where incinerators, co-incineration facilities and landfills are over implemented. Despite technological and legal improvements, most of these industrial installations still overwhelmingly emit a range of toxic pollutants threatening citizens’ health, with higher risks for pregnant women and children. Alternatives are already available, and it is time to opt for them.