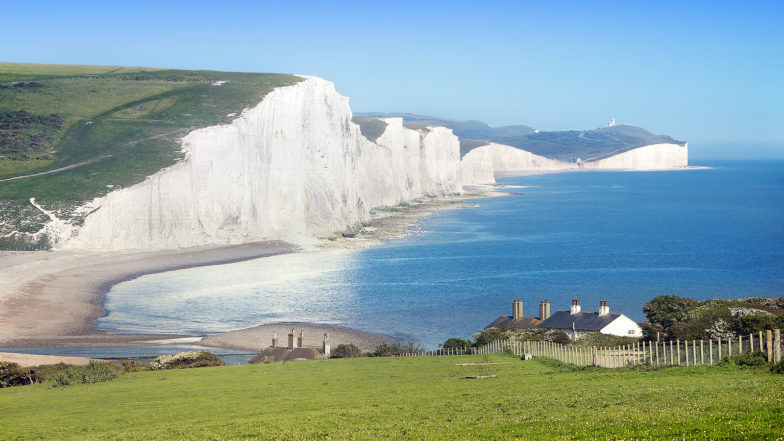 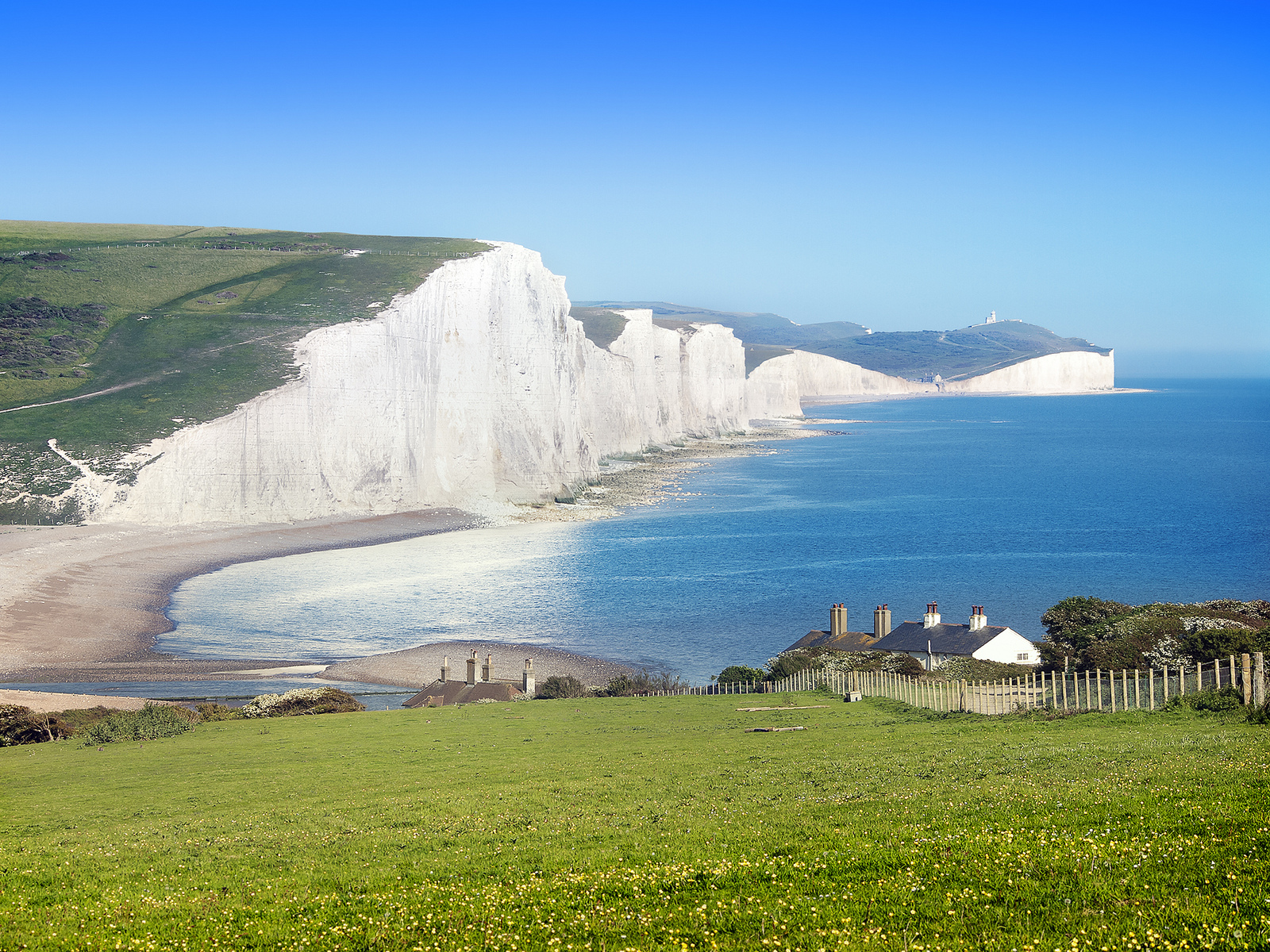 Cuckmere Haven in East Sussex includes one of England’s most iconic views: a series of undulating, sheer chalk cliffs that butt up against the English Channel from the rolling South Downs. The Seven Sisters rise magnificently from the sea like a school of surfacing baleen whales, but I don’t notice them today. I am walking back from the beach angrily up a long, steep hill of grass and flint clutching as many washed-up plastic bottles as I can carry. A mere fraction of the ones I saw scattered around the shoreline.

There are no recycling points at this area of outstanding beauty, only dog waste receptacles and a bin near the ice cream vendor. Even if visitors were responsible enough to use the bin for their plastic bottles (and many are not), there’s no guarantee they wouldn’t end up in the sea anyway. Apparently, more than eight million tonnes of plastic enter the oceans every year and discarded bottles make up a large portion of that.

I think about how far-reaching the impact of something so simple as a charge on disposable plastic bags in supermarkets has been in changing the UK public’s behaviour since introduction. A now common sight is customers struggling out of these stores balancing unfeasible numbers of items as – due to the charge – they find they no longer ‘need’ a bag. It’s both hilarious and a great reminder of how far this kind of legislation can change society; and for the better. Surely there is a game-changer for plastic bottles too?

Of course there is. Deposit return schemes (DRS) – the kind once widely in operation for glass bottles – can cut costs for municipal councils and lead to less litter as well. A recent report released in the UK found they could save councils up to £35 million year due to reduced littering and landfill charges as well as lower recycling costs.

Not only that, these systems are at the same time beautifully elegant, highly effective and extremely popular.
Every time you buy a plastic bottle, you pay a deposit, which is refunded when you return it to the store. They are then sorted and recycled before being refilled by drinks companies, when the cycle continues. In places that already have these systems – such as Germany and Denmark – more than 90 per cent of plastic bottles are now recycled and litter is often reduced by up to 80 per cent. When you consider millions of plastic bottles are thrown away every hour, that adds up to a lot less plastic pollution for our seas and rivers, and a lot of less plastic in our landfills and incinerators.

There’s also strong evidence people want these schemes too. Opinion polls show, on average, around 80 percent of people want a DRS on plastic bottles. For example, in Scotland, a survey by the Association for the Protection of Rural Scotland revealed some 78 percent of the public are in favour of a DRS. And the Scottish government has noticed; its First Minister Nicola Sturgeon announced in September that the country would introduce such a scheme.

“It’s a major part of the Scottish Government’s Programme,” said David Barnes, Programme Manager for Zero Waste Scotland. “In June this year, we published the outcome of our evidence-gathering sessions on a possible deposit return scheme for plastic bottles and cans. After that, the Government gave it the go-ahead, so we’re now investigating how that scheme should be designed so it works for the public, retailers, manufacturers and the environment.”

It’s an idea that’s catching on in the rest of the UK. Citing the effectiveness of the levy on single-use plastic bags as an example, the Environment Secretary Michael Gove announced a consultation on the feasibility of introducing a similar system in England.

“We must protect our oceans and marine life from plastic waste if we are to be the first generation to leave our environment in a better state than we found it,” he said. “We want to hear people’s ideas on how we could make [a DRS] work in England.”

But if these schemes work for bottles and cans, why stop there? Surely they could be equally effective for other things that are more difficult to recycle such as batteries, mobile phones and even fishing nets. A study produced by Rezero and Zero Waste Europe in July this year found incentivising economically through DRS can be effective in improving return rates for products that require collecting separately or are potentially hazardous. In this line, the city of Freiburg in Germany shows us the way of extending the concept of deposits to other problematic items, like coffee cups, managing to prevent thousands of cups from becoming waste.Carrying the discarded bottles back from the beach, I realise individual action is only so good. I’ve learned this behaviour from someone else and I hope to pass it on to others. But ultimately, I hope I don’t need to in future, because my clean-up produced relatively insignificant results. Bringing about real change is dependent on legislation, not just the efforts of concerned individuals. And that means not only being a good example to others, it also means lobbying legislators to introduce DRS systems where they currently don’t exist.“Legislation can change society; and for the better. Surely  there is a game-changer for plastic bottles too? Of course there is. Deposit Return Schemes.”