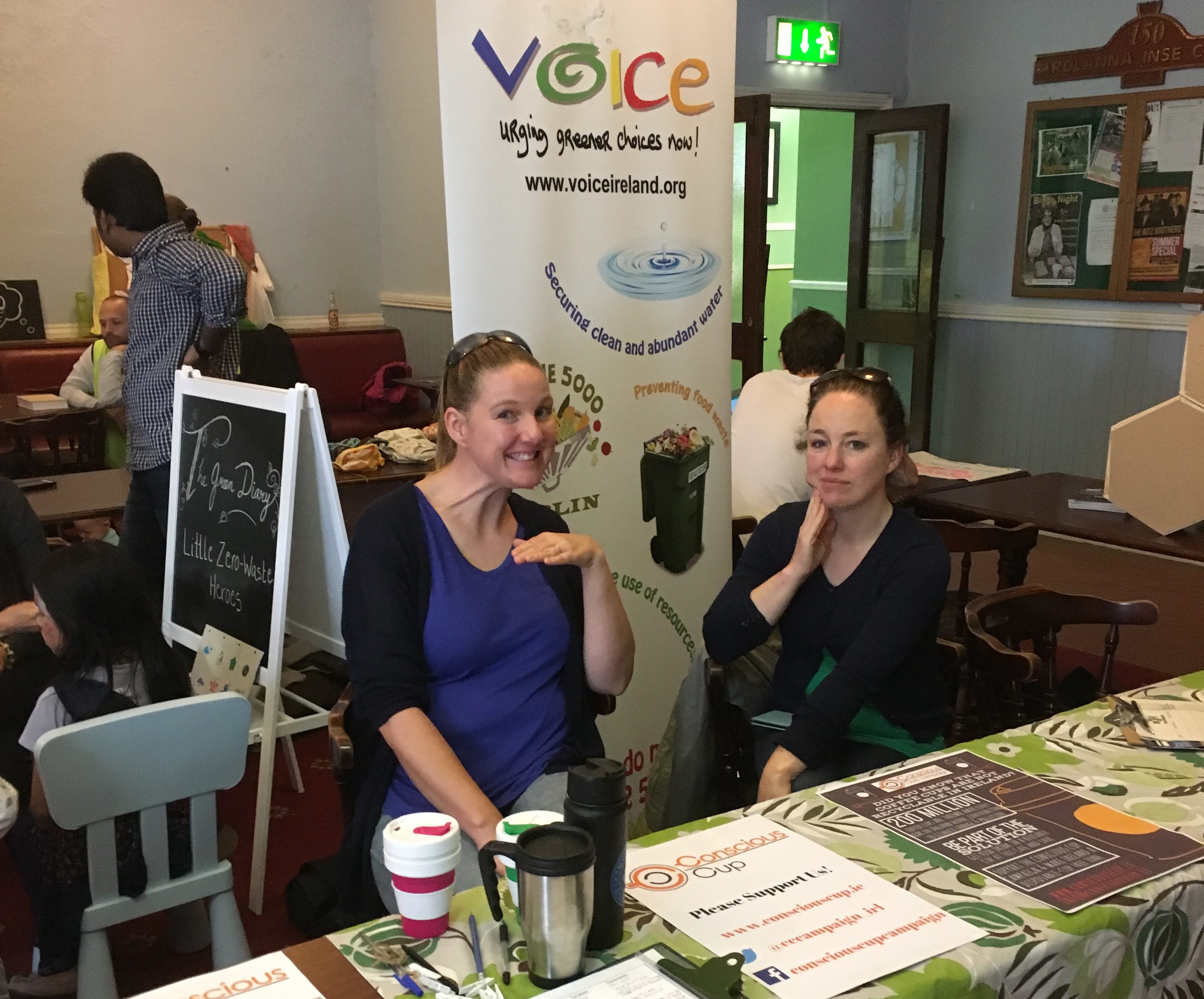 In June, the first Zero Waste Festival in Ireland took place. Building on the success of other Zero Waste Festivals such as Paris, and Roubaix the festival was a massive success. This festival and the others which have taken place over the summer represent a new activity in the burgeoning zero waste movement. Here Mindy O’Brien Coordinator of VOICE (a Zero Waste member in Ireland) shares her experience of the festival. If you would like to learn more about hosting a zero waste event or festival check out our ‘Zero Waste Events’ guide!

An organic movement has begun in Ireland to embrace zero waste. In only a year, a simple facebook page for people interested in zero waste has grown to over 6,300 members. A few people from this group decided to pull together a Zero Waste Festival to feature zero waste reusable products, bulk food vendors, second-hand clothes swap, environmental stands, demonstrations and talks, and delicious food.

The festival took place in a community hall one Saturday afternoon and attracted a great crowd. In fact, the event was completely sold out with organisers having to turn people away as the venue was at maximum capacity. This sounds familiar as the same community invited Bea Johnson to speak at Trinity College Dublin earlier this year and again the event was booked out with people sitting on the steps to hear the talk.

On a personal note, I bought bulk walnuts, balsamic vinegar, rice and cous cous, and was thrilled to avoid the pervasive plastic packaging that is used for such items (except the vinegar). I also bought a natural scrub for my kitchen and bathroom and bamboo toothbrushes.

There were also workshops on how to live a zero-waste lifestyle and how to make your own household cleaners. VOICE had a stand and spoke about Zero Waste Cashel, which is Ireland’s first zero waste town. Additionally, the Conscious Cup Campaign, which is urging consumers to use reusable take-away coffee cups and asking coffee shops to offer discounts when presented with a reusable cup, was launched.

Lovely vegan food was available for lunch and I was particularly impressed by the ingenuity of some teenage boys who rented out reusable plates and cutlery (€1/plate and €.50/cutlery) for the diners. Compostable containers and utensils were available for those who didn’t want to rent out the plates.

The festival was a huge success and there are plans afoot to take this concept to other parts of Ireland. Currently, they are looking to organise a week-long series of events in September, to look at different themes like food waste, clothes/fashion, responsible waste disposal, reducing food packaging (growing and making your own), cleaning, gifts and celebrations, and getting the community involved.

Enthusiasm for zero waste is catching on in Ireland!