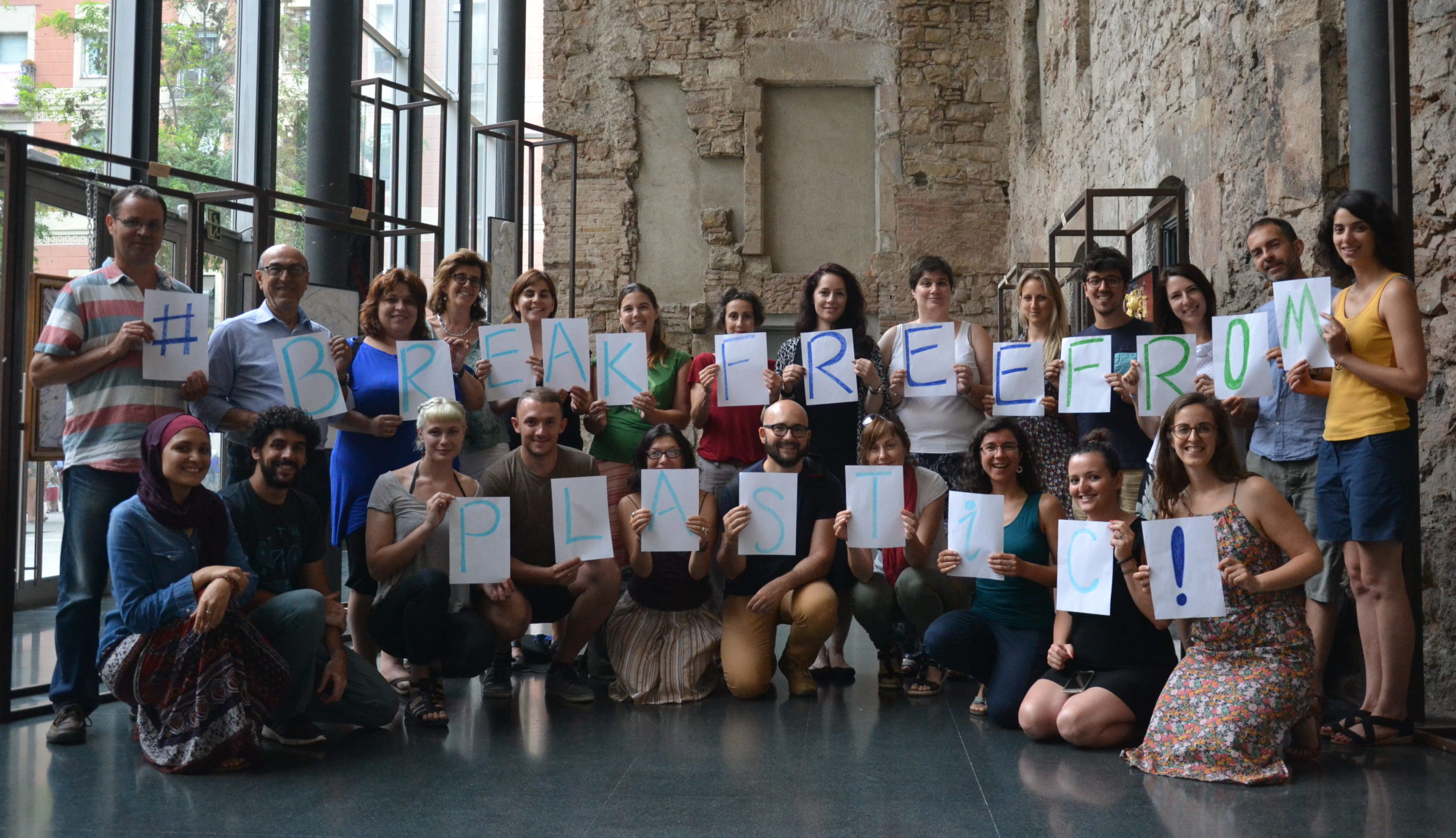 Environmental organisations from all around the Mediterranean are launching the Break Free From Plastic Movement in the region, to save the cradle of human civilisation from a plastic pollution crisis. At their first meeting in Barcelona last June, they agreed on a manifesto calling for systemic change along the whole plastic value chain to prevent plastic pollution at source.

The Mediterranean sea is affected by one of the highest concentrations of plastics in the world. Plastic litter accumulates from the sea surface to the seafloor, on the shorelines of even the most remote islands, and in the deep sea. It conveys non-indigenous and potentially harmful organisms, transfer toxic chemicals and fragment into microplastics, that can subsequently be ingested and may end up poisoning the food chain. Plastic pollution in the Mediterranean must be stopped before it’s too late.

Most of the plastic pollution in the Mediterranean comes from land-based activities. Far from being a purely marine issue, it is rooted in our unsustainable production and consumption patterns, ranging from bad product design and consumption habits, to inappropriate solid waste management practices at all stages on land and at sea, to discharges of inappropriately treated or untreated municipal sewage and industrial waste. This is why end-of-pipe solutions such as marine litter cleanups are not enough: as pointed out by Delphine Lévi Alvarès, European coordinator of the Break Free From Plastic Movement, “to prevent the Mediterranean sea from turning into a ‘plastic soup’, we need to adopt a holistic approach which focuses primarily on prevention rather than cure.”

In October 2017, the European Commission will host the Our Ocean conference in Malta, which will also touch upon the future of the Mediterranean. At the same time, the Commission is working on a Strategy for Plastics in the Circular Economy. This conference is a tremendous opportunity to take ambitious commitments to break free from plastic pollution in the Mediterranean, and the EU Strategy for Plastics must reflect these commitments: the time to act is now!

The Break Free From Plastic Movement was created in September 2016 by 90 organisations from all over the world willing to tackle together the issue of plastic pollution. The movement has developed regional cooperation dynamics across Africa, America, Asia and Europe, and within just a few months it has been joined by  800 organisations. Find out more, and join the movement!