Accepting the award, the UKWIN National Coordinator Shlomo Dowen said: “Over the past decade UKWIN has been blessed with hundreds of dedicated, passionate and conscientious volunteers, who have made a real difference in their communities. I dedicate this award to all of UKWIN’s worthy volunteers, and pay special tribute to two of them.”

Shlomo spoke of Mick Bee’s sense of humour and Jeff Meehan’s extraordinary determination, noting that the culture of mutual support and camaraderie that they embodied, and that so many fellow anti-incineration campaigners continue to exhibit, has helped make UKWIN such a successful and formidable campaign network.

At Basecamp UKWIN was involved in workshops on the barriers that incineration pose to recycling and the circular economy, on opportunities for local Zero Waste campaigning, and on the great work being done around the country to tackle food waste. 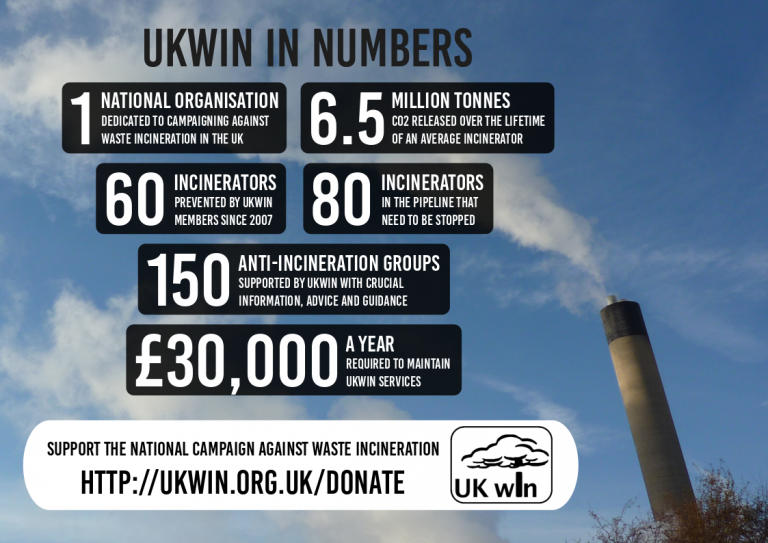