Gipuzkoa continues to mobilise against incineration for health, environment and economy 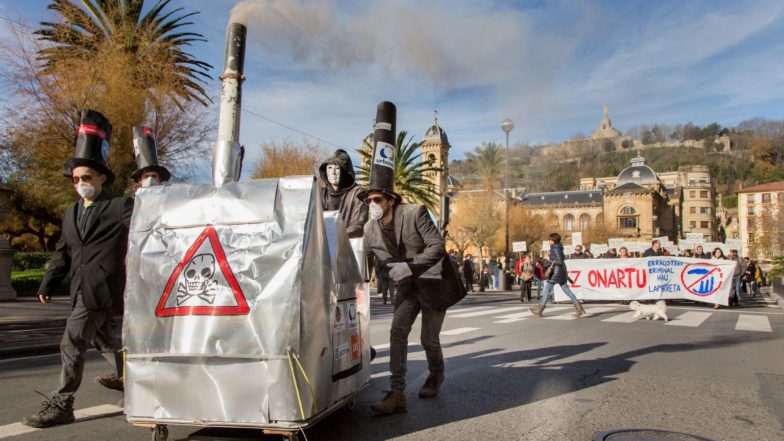 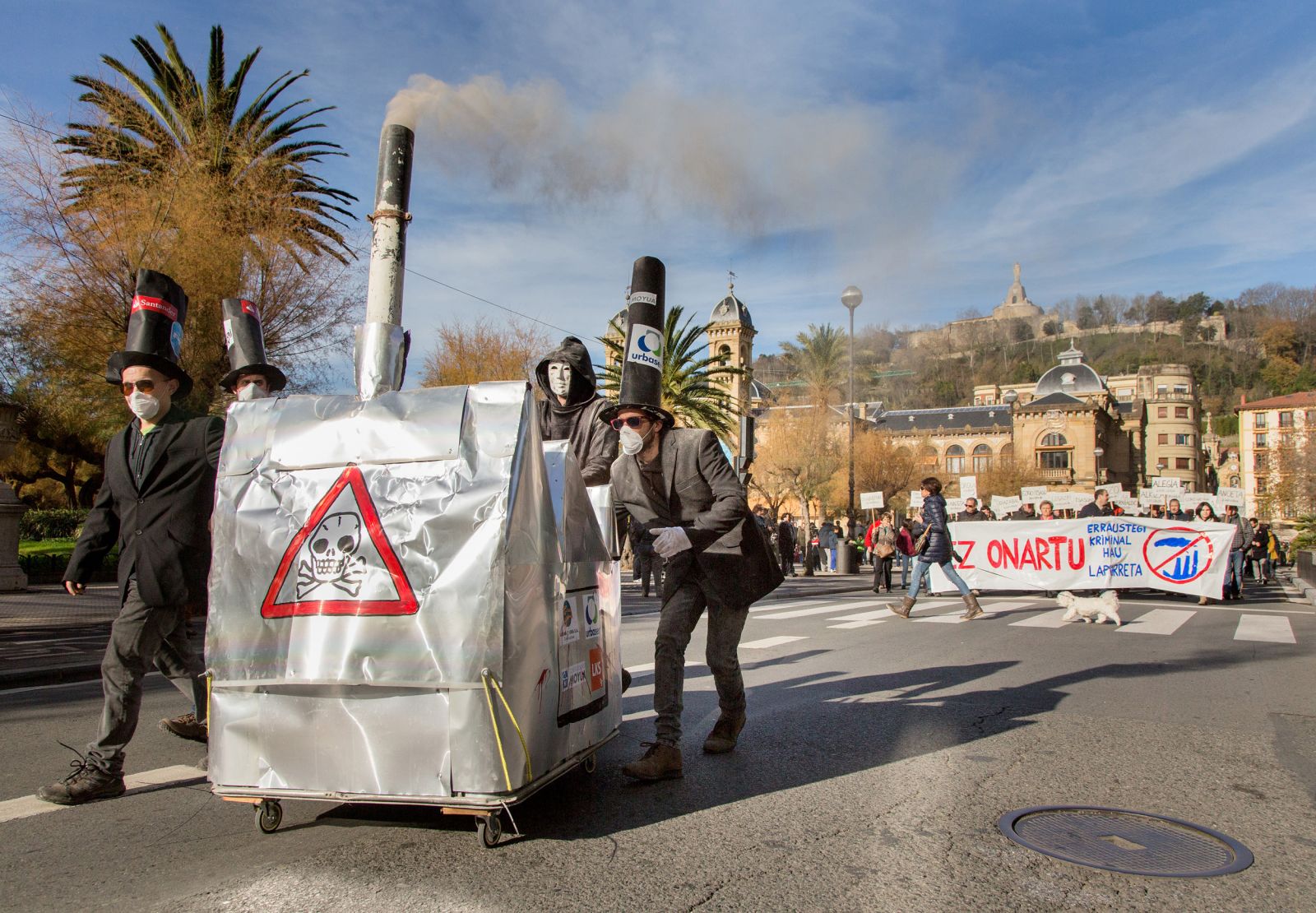 Since early 2016 various of protests have taken place, such as a march to the construction site in February, a human chain in May, a gathering in front of the banks and companies involved in the consortium.

A report of the anti-incineration protests in Gipuzkoa from Basque Zero Waste Europe member Zero Zabor.

In late December, a massive protest took place in city of Gipuzkoa in the Basque country opposing the new Zubieta incinerator project. This comes after the Zubieta incinerator project which stopped in 2013 was relaunched in mid 2015, after the latest municipal and provincial elections. Despite the massive opposition supporters of incineration continue to stubbornly push for the construction of the redundant facility.

The consortium selected to build the new incinerator is led by the company Urbaser and also includes a number of Gipuzkoan companies and the French company Meridiam Investments. The consortium is committed to finish the construction in 26 months, meeting the basic objective of the government of the Basque Nationalist Party (PNV) and the Socialists (PSOE). This would mean having the facility fully in place before the end of the political term, making it de facto impossible to move away from incineration in the future.

Massive opposition from the people of Gipuzkoa

Since early 2016 various of protests have taken place, such as a march to the construction site in February, a human chain in May, a gathering in front of the banks and companies involved in the consortium.

While the crowd in the streets complained about the project, the assembly of GHK allocated the construction, the management and exploitation of the incinerator to the consortium lead by Urbaser.

The protest was massive, particularly considering that it was on a Tuesday during the Christmas period. The images here below show the impressive response of civil society:

Once again, the opposition and worry this toxic and redundant infrastructure generates became clear. This time, concerns regarding the impact on the environment and health were joined by the economic concerns, given that the contract for the incinerator will burden the Province of Gipuzkoa for 35 years with unsustainable waste management and an high financial cost.

Find here below some of the press coverage of the demonstration of December 27 (in Spanish):

EH Bildu, Podemos, Ezker Anitza-IU and Equo made public on December 26 a common manifesto reaffirming their compromises of May on a circular economy and zero waste and insisted on their rejection to the incinerator of Zubieta.