The new PPWD: legislating for the past or for the future? 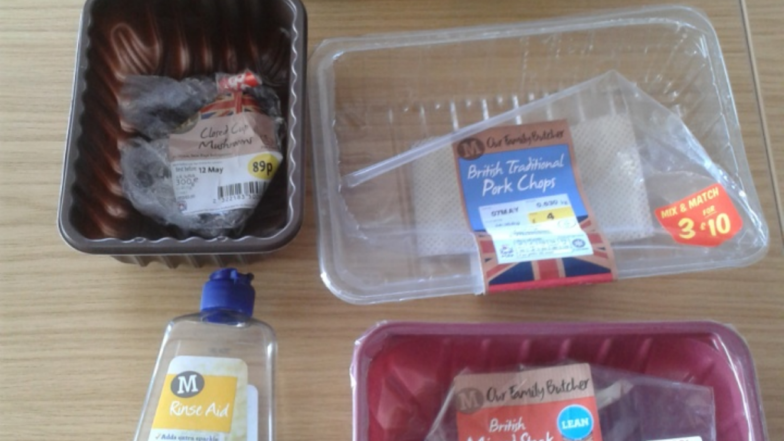 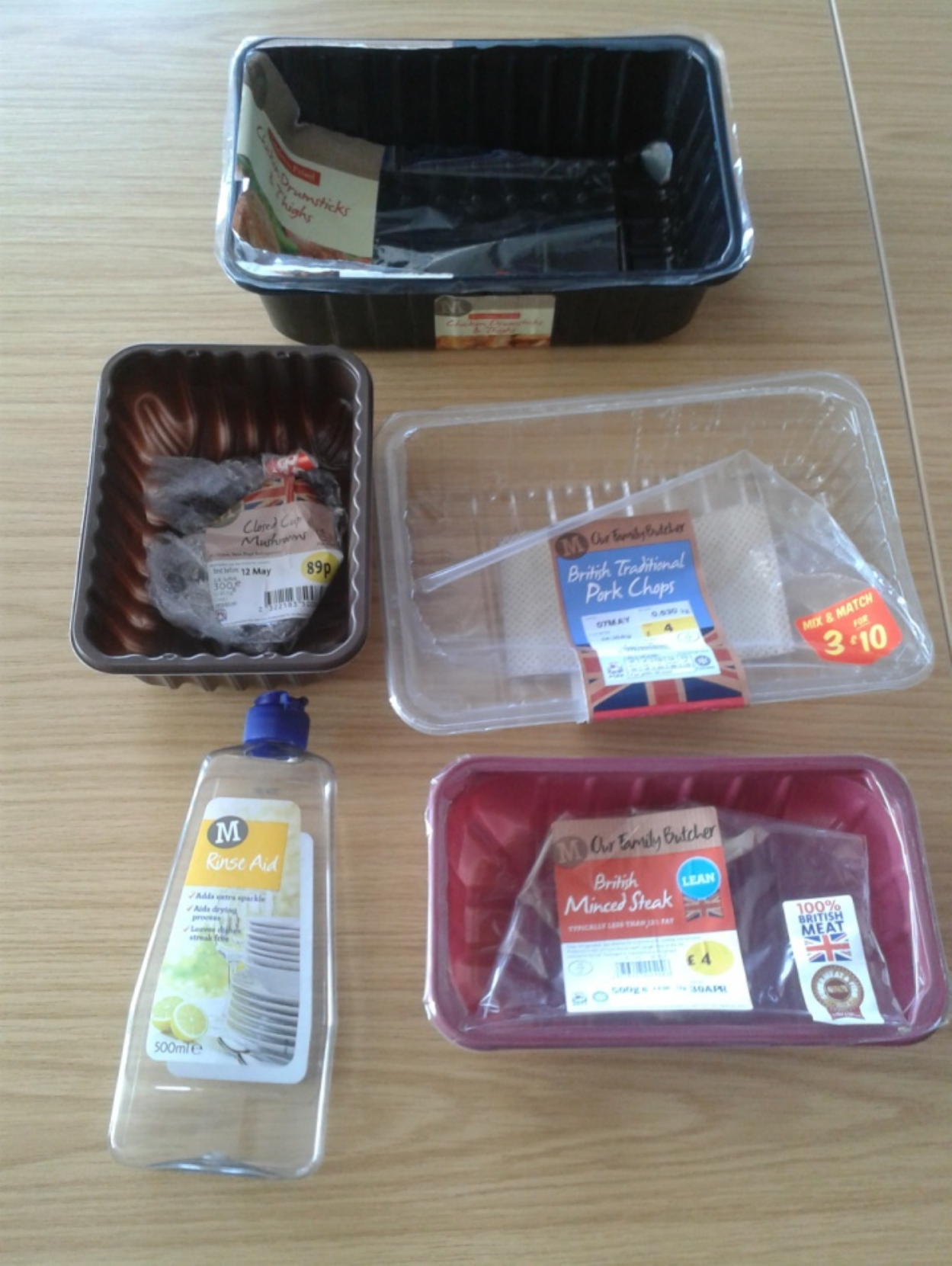 On December 2nd the European Commission (EC) presented the new legislative proposal aiming to amend waste directives and move the EU towards a Circular Economy. However if one analyses the text of the proposal on Packaging and Packaging Waste Directive (PPWD) in detail one wonders whether this proposal is legislating for 2030 or for 2010.

Effective action in the field of packaging is as important as it is urgent. There are many reasons for this;

Moreover current packaging recycling schemes in Europe are generally inefficient. In a study we published in 2015 we demonstrated that in Europe 70% of the municipal waste is product waste, i.e. not biowaste, 45% of which is not covered by Extended Producer Responsibility schemes which only succeed to separately collect 18% of it. Hence the recycling system is not performing very well and leads to most product waste ending up in the environment, in landfills or in incinerators.

With this in mind the European Commission presented a proposal in December 2015 aiming to create an “economy that preserves the value added in products for as long as possible and virtually eliminates waste. It retains the resources within the economy when a product has reached the end of its life, so that they remain in productive use and create further value”.

Hence, one would expect that the aim of the amended Packaging and Packaging Waste Directive (PPWD) is to go in the direction of increasingly preserving this value that we seem to be so inefficient at maintaining.

If we look into the current proposal from the EC to amend the PPWD we will see that it mainly proposes two things;

Firstly, it suggests that preparing for reuse rates can be counted as contribution to recycling efforts. One can understand the political reasons behind this move, help those countries which will see their recycling rates shrink with the new suggested methodology to account for the targets, but technically it is an objectively bad idea because it mixes apples with pears and will not help bring clarity and legal security to neither the recycling industry nor public authorities. If the EC wants to increase reuse of packaging it is a lot better to set separate preparation for reuse targets altogether.

However, before ranking the level of ambition of the EC proposal we need to zoom out and ask ourselves a simple but important question; if the aim of this legislation is to contribute to the creation of a Circular Economy which preserves the value added in products as long as possible… are the measures presented the appropriate ones?

Unfortunately the answer is a resounding no. The current proposal would have been appropriate for the discussions we had 10 years ago during the revision of the waste framework directive in which the aim was to “turn the EU into a recycling society” but not in 2016 in the framework of Circular Economy discussions.

Many stakeholders including the EC itself recognise that the real added value of products and resources is in prevention and reuse operations. A very simple example; if we recycle a mobile phone the value of the materials we will extract will not be above €2 whereas if we repair and resell it we have the possibility of getting several hundred euros. In this sense the proposals to amend the PPWD are not legislating for the future but rather for a situation which belongs to the past. Where are the proposals to reduce packaging waste? What about increasing packaging reuse? And deposit schemes? By focusing primarily on recycling the EC commits the same mistake of previous decades; work at the bottom of the hierarchy and ignore the biggest potential benefit which lies at the top.

Another sign that the proposal is legislating for the past is the fact that it does not address current market developments. The fastest growing packaging waste streams are composite packaging (multilayer packaging, pouch-ups, etc) growing at double digits rate yearly. They are difficult to collect and even more difficult to recycle yet completely absent in the directive. On the other hand we see the rise of online shopping which involves a lot of packaging which producers like Amazon put in to the EU market but for which they don’t take any responsibility… on top of evading most taxes these companies get another competitive advantage by passing the responsibility of managing their packaging waste to the public authorities. Where is the action from the EC on this front?
And what about coffee-capsules? They are a problem today which will continue to grow in the coming years and legally speaking they are not even considered to be packaging! We need a proposal that legislates not for the past but for the Europe we will have in 2025 and 2030.

Essential components to make the PPWD fit for the Circular Economy

If the objective is to build a Circular Economy which preserves the added value in the economy there are at least four instruments that the EC should be considering:

We need to stop the growth of packaging waste in Europe. This means that there should be prevention targets which in my opinion do not need address the totality of packaging waste but rather specific waste streams and at the very least have prevention targets for plastic packaging. There are three reasons for this; plastic packaging is the stream with lowest recyclability and the one with lowest recycling rates, it is the fastest growing packaging waste stream and it is a major problem for marine environment and hence human health. Moreover, because of its light weight it is hard to compare with metals, paper and glass and the EC is working on a strategy on plastics which needs to address plastic packaging. Why not start here?

2. Separate targets for preparation for reuse

If there are targets for recycling, there could also be separate targets for preparation for reuse or any other commitment to have refillables return to Europe. Otherwise there is the paradox that by trying to meet recycling targets by weight member states might decide to dismantle existing packaging reuse schemes. Over the past few decades the market for refillable and reusable packaging in Europe has been inexorably shrinking and without a clear sign and guidance from the EU level nothing encourages governments thinking this process could be reversed or even stopped. The current PPWD already includes good wording on packaging reuse but still lacks the teeth and targets to make it possible.

3. Modulate EPR fees according to ‘circularity’ of products

There should be a clear feedback mechanism that connects waste with product and process design. In a circular economy, waste and inefficient resource use anywhere along the value chain should translate into direct costs for business. In other words, less durable, reusable or recyclable products should be more expensive for the producer and for the consumer than the circular ones. A way to do this is by using modulate fees in the extended producer responsibility schemes as it is being used in some cases such as for paper in France. Luckily the current proposal to amend the Waste Framework Directive already dwells on this option but we need stronger legislation in order to give clear signs and legal security to producers.

4. More and better recycling, but as a last option

To conclude, the effectiveness of the new PPWD will be judged according to two parameters; on one hand the measures to tackle plastic packaging and on the other one the measures to support reusable and refillable packaging. Both currently missing and which will need to be introduced during the co-decision process.

Disruptive legislation in this field will not be easy because of the economic interests that lay behind single-use packaging but if Europe is serious about becoming a circular economy and fighting marine pollution it will need to stop looking at the past and start legislating for the future.

This speech was delivered at Packaging & Sustainability Forum, 2/3/16.“An economy that preserves the value added in products for as long as possible and virtually eliminates waste.”