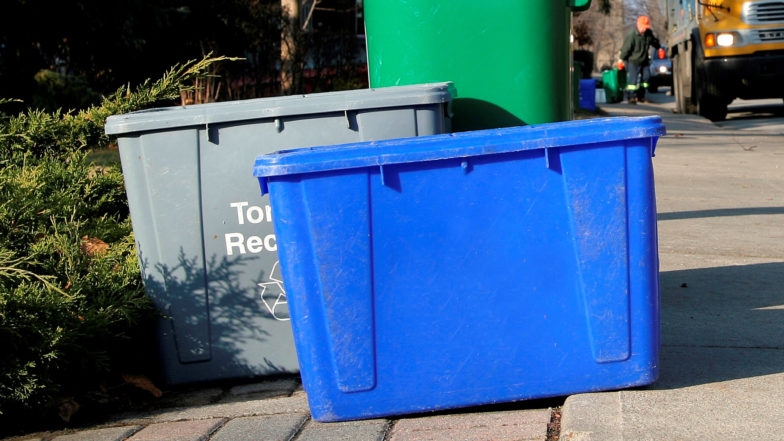 Solid waste management is the third largest contributor to greenhouse gasses emissions in Costa Rica, and the figure keeps rising. The country, however, is not planning a sustainable policy for the sector, on the contrary, it chooses to disregard the recommendations and public consultations where the population has demanded more zero waste policies

In the run-up to the international climate negotiations in Paris from the beginning of December, Costa Rica has presented their strategic plan to reduce emissions. In the UN jargon, such plans are called ‘Intended Nationally Determined Contributions‘ (INDCs)1. Every country in the United Nations Framework Convention on Climate Change (UNFCCC) has to present such a plan, and detail the emissions reductions they are willing to commit to in order to face the challenge of stopping climate change.

Costa Rica is proud of being one of the countries with the lowest emissions in the world, to the extent that they foresee be carbon neutral by 2021 and plan to cut 25% of their 2012 emissions figure. With that commitment, this Central American country with a population of 4.7 million people, could become an example for other countries that want to aim for meaningful reductions and achieve a “safe” and “fair” level of emissions. However, when it comes to its waste policies, Costa Rica has still some way to go to be a good example.

Costa Rica, like many other countries in the region, is proposing to “rehearse” new productive practices that would cut emissions with the support of the NAMAs. The NAMAs – Nationally Appropriate Mitigation Actions – have been promoted since COP 13 (2007) as the tool and mechanism to access climate finance for actions that would reduce carbon emissions.2

Costa Rica´s NAMA is still being drafted; it is in the early stages but it is making progress, according to a 2015 Report by the Ministry of Energy and Environment. The report also quotes the Executive Summary elaborated by the consulting firm Centre for Clean Air Policy (CCAP), with the collaboration of the German Cooperation agency (GIZ). The report talks about four lines of actions to deal with solid waste management emissions: methane capture in three major landfills, “Valorization” (recycling) of dry materials, and Composting and biodigestion of organic waste.

Another proposed line of action is the “evaluation and implementation of advanced technologies for solid waste management and energy use” for “the organic fraction of waste with high calorific value”. The report links that to “promising technologies” like MBT (Mechanical biological treatment plants, which are designed to stabilize and reduce the volume of waste that goes to disposal).

GIZ Costa Rica has collaborated in writing this Executive summary3. They are vocal proponents of biological stabilisation of waste at MBT plants, followed by (eventual) use of the rejected fraction as fuel for cement kilns, a possibility that triggers alarm for the citizens of the region.

The idea of using waste as fuel for cement kilns is a growing problem in Central America. Local communities in the first lines of impact have denounced the adverse effects of this highly polluting practice. There are dozens of examples in Latin America: in Guatemala, an indigenous community has fought the plans of a cement company (Cementos Progreso), who wanted to build the largest cement kiln in Central America in their ancestral and protected lands with no previous consultation, while in México we can find a long list of acute intoxication cases linked to the operations of Ecoltec, a Holcim subsidiary established in the region of Apasco in 2003

Contradictory messages and lack of participation

We feel is important to point out how this NAMA falls short of real sustainable waste management.

MBT plants were popular in the 1990s, specially in Europe, but nowadays they are considered a suboptimal approach to maximizing reduction, re-utilization and recycling because although they increase the level of resource recovery, the final results are not as good as what we can achieve with a system with source separation and selective collection. The rate of resource recuperation in an MBT plant is way below 10 %, and the quality of the resources decreases with the process, so their market value diminishes. In the end, MBT plants themselves generate a big reject fraction, so landfills would still be needed.

It is worth noting that MBT plants by themselves have a limited capacity to remove the incentives for the use of disposable products and promote their redesign, and don’ t necessarily lead to improvements in the systems of source separation and selective collection of waste either.

And then, if we consider that the result of the whole treatment process is fuel for cement kilns, we would be drifting even further from the initial goal of reducing emissions; we would be supporting a highly energy-intensive industry, sadly known for causing environmental and social conflicts in the territories around their facilities.

The cement sector has, of course, shown lots of interest in using the reject fraction as a source of fuel, while several communities and civil society organisations have been denouncing such schemes. This practice is not only highly polluting and a serious threat for public health, but it also fails to achieve any reductions in emissions, despite the industry´s best efforts to advertise otherwise.

The organisation Hacia Basura Cero (Towards Zero Waste) Costa Rica is a key actor monitoring national waste policies. The organisation has shown its concern for the lack of participation of civil society and independent experts in the process of drafting the NAMA.

The CCAP’s NAMA proposal boasts having been developed in several workshops involving key actors from the sector, but citizen groups promoting sustainable waste management, like Hacia Basura Cero Costa Rica were not invited to those workshops.

Hacia Basura Cero has also pointed out that certain government officials known for their open support for incineration of urban waste as a solution for the waste problem in Costa Rica, have been involved in the design and planning around the NAMA.

In light of this threat, Hacia Basura Cero has tried to open a dialogue with the relevant government agencies, addressing them with questions about the NAMA process. At the moment of writing this article, we have not yet obtained an answer.

Dr Silvia Rodríguez Cervantes, representative of Basura Cero Costa Rica has declared that “this is wrong. The government doesn’t listen to us, and is ignoring the best options to achieve zero waste. That is worrying for many reasons, one of them being that incineration plans are totally incompatible with the ideas and visions that the citizens have put forward in several different consultation processes”4

Moreover, the public sector has identified “governance in municipalities” as one of the main obstacles to developing the solid waste NAMA. In the words of a report by the Latin American Energy Organization (OLADE) “governance in municipalities is complex, which is a handicap for obtaining finance”. Because of that obstacle, a new idea is being developed, namely to focus on using biomass (agricultural waste, basically cane sugar5) to produce energy. The cause and effect relationship between the obstacle and the new idea is not clarified in the document.

It is true that a NAMA that requires municipal participation faces difficulties because typically, in climate change related issues, governance in municipalities tends to be weak. But it does not follow that the idea of working with municipalities should be ruled out altogether. Would it not be better to regard the difficulty as a challenge that municipalities can prepare to face? Couldn’t they seize the opportunity of receiving and managing climate finance? It would be absolutely feasible to design a NAMA along those lines, if that is what the country sees is needed to achieve its emissions targets.

In Costa Rica there is clearly a process already underway, as the authorities are looking for the way to join this global call for reducing emissions. The citizens have spoken, and their ideas point to the strategy of reducing emissions in the sector of waste management; the population understands that solutions in this sector are part of a wider set of decisions that need everyone’s involvement and commitment. If Costa Rica takes this idea forward and takes advantage of the opportunity of obtaining climate finance through the NAMAs, we will have a huge opportunity to do things right.

1The official Costa Rica INDC document was developed based on what seems to be a wide citizen consultation. Several workshops for sectoral dialogue about emission reductions goals were organised in 2015; information was gathered around possibilities in the agricultural, forestry and waste sectors , amongst others. Several documents detail their conclusions.

2 At the time of writing this article, many NAMAs are being designed or implemented, and there needs to be a critical analysis of what is being proposed because they are nationally owned concrete actions to reduce emissions, and they could receive significant resources

4 Amongst the proposals put forward by the workshops for sectoral dialogue about emission reductions goals in the waste sector, as documented in the repport, we find the promotion of integral waste management, with source separation and expanded recycling and composting programmes for organic waste. Although neither organisations working in waste management nor the waste pickers knew that those workshops were happening, it is important to note that significant effort went into oranising this dialogues, and it is very positive that some of the results are such appropriate measures.