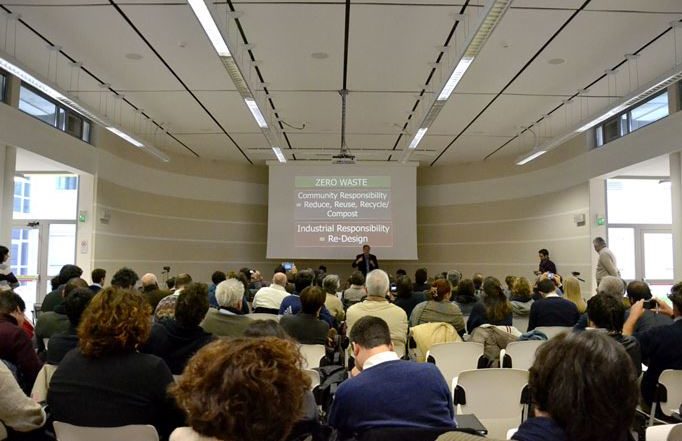 The Zero Waste Italy national meeting took place in Capannori, in the Lucca province, on 3 and 4 January. 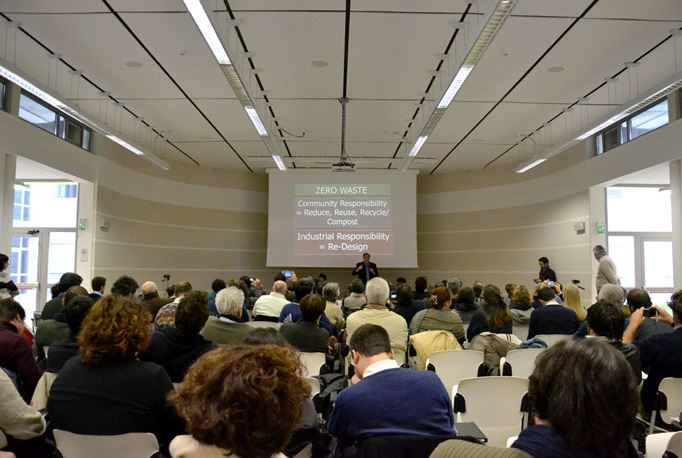 Meetings and workshops focused on three main themes (empowerment, ZW start-ups and local enterprises, and composting) and attracted over 150 participants, including mayors, experts, artists and activists from over 12 Italian regions. Numerous innovation initiatives have been presented over two days, from Funghi Espresso of Antonio Di Giovanni and Kompresso of Giampaolo Belloli, proposing alternatives to non-recyclable coffee capsules, to the Ecopulp plast project presented by Enrico Fontana, to the Effecorta network of Pietro Angelini, the Zero Waste Hotel and Restaurant Project of Antonio Esposito, and many others.

The conference highlighted the key role of local communities in reaching the Zero Waste goal and the need to empower them, promoting democracy, awakening good citizenship and sharing knowledge and best-practices. As the province of Lucca has shown, the Zero Waste strategy has proven capable of polarising positive energies and generating enthusiasm among all stakeholders.

In this framework, the National Assembly of Zero Waste Italy elected Patrizia Sciuto as ZWI vice-president, while reconfirming ZWI president Rossano Ercolini and ZWI secretary Letizia Pappalardo. It also launched the Technical and Scientific support group, led by Enzo Favoino. The National Assembly thus strengthened the organization of the Association, which is now formally recognized, well-rooted in all Italian regions, and benefitting from a wide network of technical and operational experts, capable of addressing the increasing demand for cooperation from local stakeholders.

The books “The Zero Waste solution”, “Don’t burn the future” and “Ten Actions for Zero Waste” have also been presented by authors Paul Connett, Rossano Ercolini and Roberto Cavallo.

Professor Paul Connett, during its speech entitled “Ten Steps towards Zero Waste” said that ZWI is now ready for its third phase: investing on communities rather than on incinerators, promoting sustainability schools, and increasing producer responsibility through Zero Waste Research Centres, like the one in Vercelli presented by mayor Maura Forte and assessor Marta Ferri.

The closing concert of the “Gaudats junk band” of Capannori and surroundings, playing with instruments made out of reused materials, expressed all the energy and the creativity of this two days gathering.
Rossano Ercolini, ZWI president, concluded the event stating that, despite the anachronistic article 35 of the recent “Sblocca Italia” (“Unlock Italy”) decree, which aims at reviving incinerators, the contagious wind of Zero Waste keeps blowing, and it will soon bring “a Zero Waste Spring”.