Communities Demand an End to Plastic Bags on #plasticbagfreeday

More than 100 organizations from all over the world took action on the International Plastic Bag Free Day, celebrated last 3rd July, to demand an end to plastic bags use and raise awareness about its impacts on the environment, most importantly in the marine ecosystems. 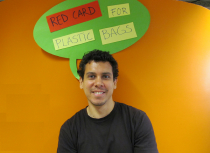 The growing number of groups that sign-on to this international day of action, and the wide variety of activities celebrated across the world, showed that sensitivity towards the impacts from plastic bags is increasing significantly. As a main result, communities are getting organized to demand effective measures to cut back plastic bags and plastic waste in general, which has been described as an ugly, unhealthy, unsustainable and useless product. 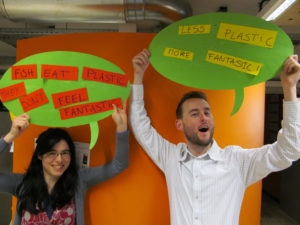 Furthermore, plastic bags are a major threat to biodiversity and contribute to maintaining the throwaway society patterns that are trashing our finite resources and polluting the environment. From a sustainability point of view, the 80 million of tones of plastic waste that can be found in the sea represent 100 million barrels of oil. These and other outstanding facts and figures about the impacts of plastic bags have been heard across the world in a wide variety of actions – see complete map of actions:

The organizers of the International Plastic Bag Free Day expressed their satisfaction with the international response to the call out for action.

“Plastic bags are a great place to start taking action and design waste out of our systems”, said Joan Marc Simon, Zero Waste Europe ‘s Executive Director, one of the organizing networks together with GAIA and Fundació per a la Prevenció de Residus. “We are moving forward building up zero waste societies that are resource-efficient and plastic bags have no place in them”.

The campaign for a Plastic Bag Free World will continue throughout the year on a regular basis supporting groups and individuals all over the world in its mission to phase out plastic bags from our consumption habits and ecosystems.

The organizers of the International Plastic Bag Free Day expressed their satisfaction with the international response to the call out for action.