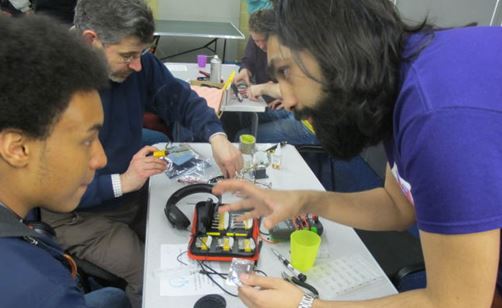 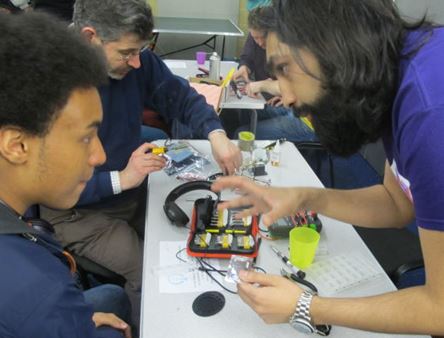 Last week 60 people met at the Kentish Town Community Centre, in London to restart many things.

For those who don’t know what a Restart Party is, just imagine a big room full of people coming from all over the city to get some help or advice to repair their own electronic devices. Place and atmosphere, at the beginning, seem similar to a medical consultation but, instead of your bodies, you bring your stuff and your skills to be improved and cured.

Imagine also a group of volunteer repairers who are kind, skilful, good at teaching and full of patience… A table with some snacks and refreshments to share, some music in the background, a fun ping-pong table… and two busy people, Janet and Ugo (the Restart Project’s founders), watching over everything to make sure everybody has their turn, helping and taking notes of the mending solutions. 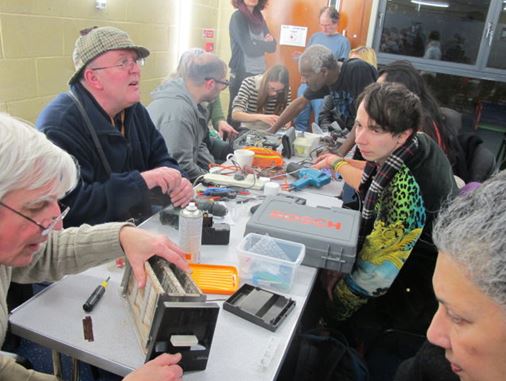 The first “turn” happened to the stuff itself: people there decided to repair their old devices instead of buying new ones, prolonging their lives. As one of the participants said, “it is not a question of money” because she could have bought a new and much higher performing printer for just £50. She wanted to surpass the electronic obstacles of her broken printer but also wanted to resist an economic system that leads her to buy it new instead of repairing.

And here it comes the second “turn”: unlike a medical consultation, the Restart Party was not like a service that an expert offers to a silent patient or a passive client. Participants and Restarters (volunteer repairers) had a variety of knowledge and skills and these were shared equally amongst them. Without a lay/expert divide amongst participants, the Party managed to empower and encourage everyone to have a closer and more positive relationship with their (electronic) stuff. Somehow, this reinforced the community experience, as anybody could have a look at others’ repairs and learn from them.

This was the third “turn”: a spark of collective action that empowers communities against overconsumption and individualism. Precisely, in the Restart Party, many of the tables were surrounded by several heads peering in and paying attention to what was happening, regardless of who the owner was. Curiosity and inquiry were common features among participants.

This community spirit made of the Restart Party a very diverse event: a multi-age, multi-class, multi-knowledge, multi-borough and multi-people encounter. An opportunity to talk and meet up with some people who had not come across each other in their everyday routines. 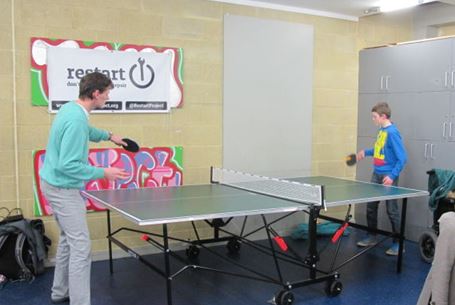 It was not only about daring to open the ‘black box’ in an electronic device, but also about being helped and advised by a twelve year old boy or a non-’professional’ but experienced guy…

This guest post is by Barcelona-based researcher Blanca Callén, who spent a week with The Restart Project. Read more about her ethnographic research on informal processing of electronic waste.

The original post can be found here and was published by Restart Project on February 24th 2014.