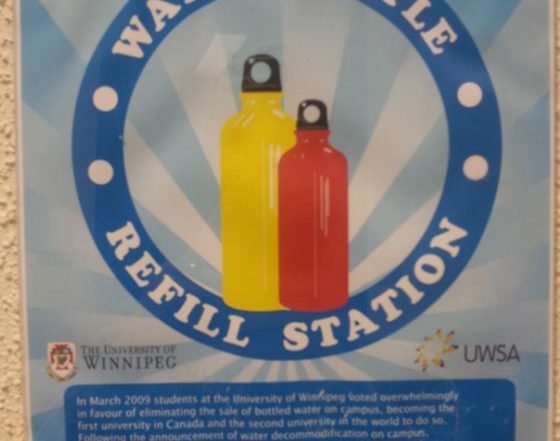 In the US and Canada many universities have banned bottled water in their campus. Who will be the first one in Europe? 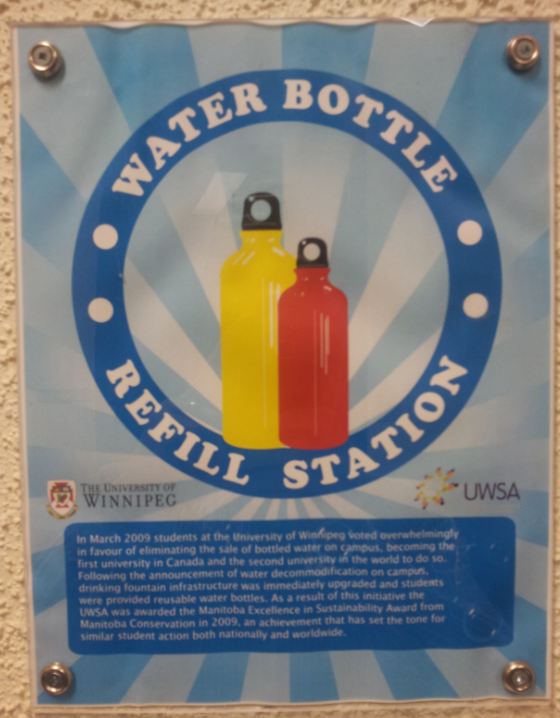 Why is banning bottled water important? As a student of Winnipeg , Canada, put it:

Banning bottled water is simply a step in a broader acknowledgement that water is a basic human right, rather than a commodity. Rejecting the commodification of water by refusing to purchase and sell bottled water is a first, and important step. Putting the focus on clean, safe, healthy public water encourages our decision makers to invest strongly in public water infrastructure, and also pushes governments in Canada to extend that infrastructure to Northern communities. As students, we are in a unique situation within our institutions where there is a pool of critical minds, willing to take initiative and leadership on campus. We hope that other campuses across Canada will be willing to take the same initiative, and push back against water as a commodity.

In contrast to tap water, which is delivered through an energy-efficient infrastructure, bottled water is an incredibly wasteful product. It is usually packaged in single-serving plastic bottles made with fossil fuels. Indeed, millions and millions of tones of European plastic waste are the being disposed of every year. According to the European plastic industry in 2009 45% of the EU plastic was landfilled and 31% was incinerated which means that only a 22% was actually recycled. Increasing the recycling rates it’s important but in the case of bottled water it only makes sense to work on the prevention side. There is a great potential to reduce waste at source by just shifting from bottled to tab water.

There are examples of administrations and schools that have replaced bottled water, even in the European Parliament a group of MEPs demanded to stop the nonsense of providing bottled water in meetings –which causes 160tn of CO2 emissions per year-. However so far no European University has made the step. Any volunteers to follow the North-Amercan example? What about the European institutions?