Gaiakraft: Beyond paper recycling?01 December 2011Next

Reuse of WEEE: widening the cycle of materials

Today there are plenty of electric and electronic goods which are discarded despite being still fully operative or easily reusable if fixed. 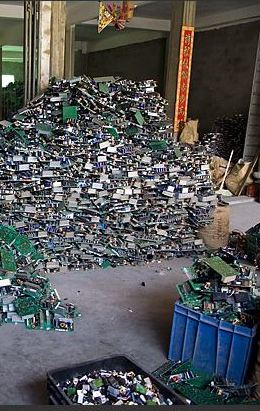 Giving a second life to products before they are –hopefully- dismantled for safe recycling is the most preferable option. Yet “some” say the demand for second-hand electric and electronic goods is low and it is better to send them to dismantle and get yourself a new one. Think twice! The opposite is true.

New data from recent studies on reuse in the EU indicate that:

Indeed, the waste hierarchy as approved in the current European legislation establishes the clear priority of preparation for reuse before recycling and disposal but unfortunately there are no targets or incentives to make this happen yet.

However in October 2011 the Environment Committee in the European Parliament voted in favour of a 5% target for reuse in the collection targets, a requirement for producers to provide information free of charge about preparation for reuse and treatment of the appliances they out in the market, requiring all collection schemes to provide for the separation of reusable WEEE at collection points and the adoption of European standards for preparation for reuse (to be created in max 3 years).

This positive outcome still needs to be approved by the EU member states before it can enter into force. So far the member state have been very reluctant to these measures and if no agreement is reached during this month of December the negotiations will have to go to conciliation which would downsize the ambition of the targets.

Given the increasing prices of raw materials, the employment opportunities linked to the reuse sector and the high energy embodied in these products it is necessary to improve collection and reuse rates of goods to get closer to a Zero Waste economy.

In many cases those who argue against reusing electric and electronic goods are the same companies that produce them.