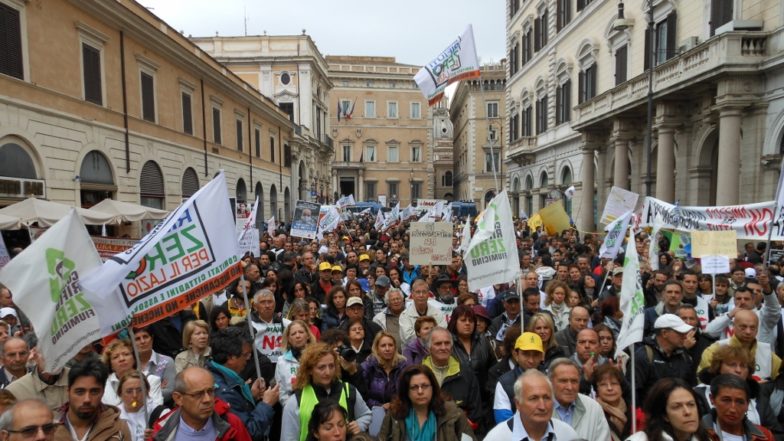 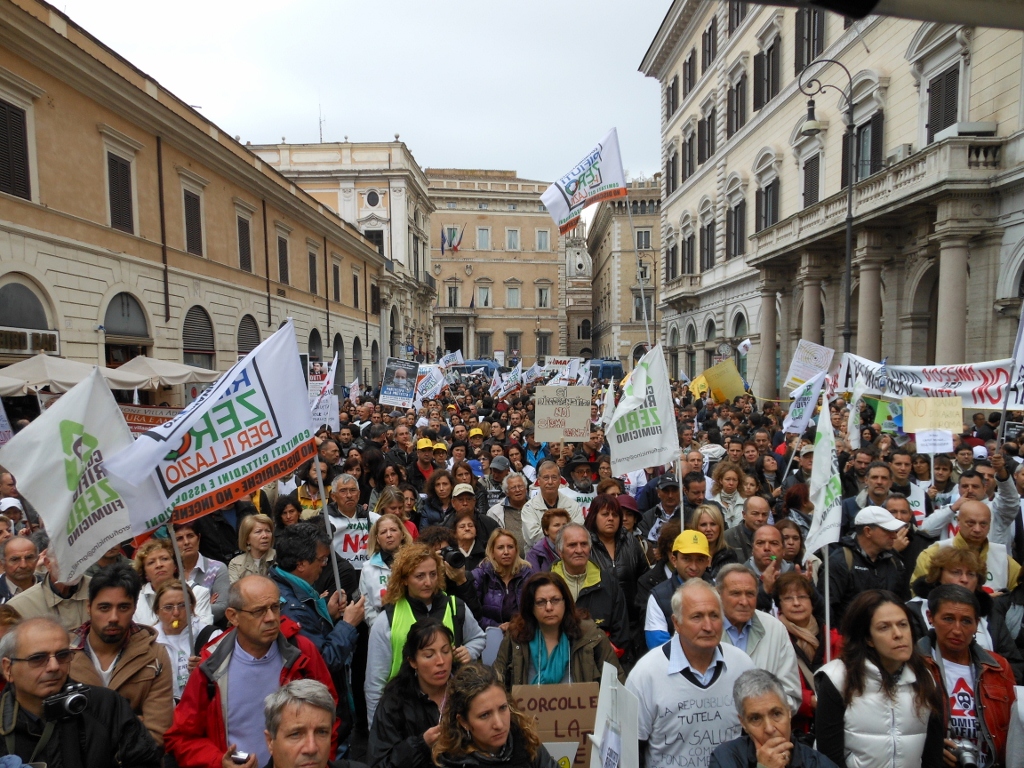 Last weekend the Piazza Apostoli in Rome was filled with more than 3000 people who were asking for a Zero Waste alternative to the “Polverini local plan” which instead of reducing, reusing, composting and recycle wants to dispose of most of it.

The alternative plan proposed by the citizens puts separate collection at the center of the policy; recycling and composting what cannot be prevented or reduced and instead of resorting to mega landfills and incinerators for the remaining waste (10 to 12% of the total) it proposes that this waste should be studied and submitted to cold-treatment prior being biologically stabilized and stored in a landfill.

The Zero Waste demonstration asked not to replace the now closing dump of Malagrotta with a new mega landfill elsewhere in the Lazio province. Instead it is requested that the municipality of Rome, which represents 5/6 of the total municipal waste generated in the Lazio region, should implement door-to-door separate collection integrated with a system of reuse, repair and recycling centers.

The Italian Zero Waste Network is asking for the immediate replacement of the people responsible for this mismanagement and the return of a democratic logic that should bring back the power to the local communities and institutions.

The Italian Zero Waste network will be back to Rome on December 3rd to move forward with the local Zero Waste organisation to continue pushing for these goals. In this occasion there will be participation from people from international Zero Waste speaker, Paul Connett.

On behalf of the Italian Zero Waste network
Rossano Ercolini