The coffee capsules from Nespresso, Lavazza and others have taken over the coffee market in the EU. Normally they are made of fully recyclable materials (aluminium or plastic + coffee grounds) but they are very rarely recycled. Why?

Is it bad design? is it bad take-back systems? Whatever it is the fact is that since the commercialisation of these items a lot more resources go to waste. This means more burden for the environment and more costs for citizens who have to shoulder costs which should be beared by those who introduced this product in the market.

The Cappannori Zero Waste Research Center identified the coffee capsules as the first item to remove from the residual waste after high separate collection has been reached. Indeed, coffee capsules is a new waste stream that was just non-existant only 5 years ago. Now it is yet another source of waste that could be avoided. In 2010 it was estimated that 10 billions of capsules where sold in the world, a tenth of them in coffee-loving Italy. Only in Italy 12.000 tones of capsules (plastic/aluminium + coffee grounds) were disposed of in landfills and incinerators.

The Zero Waste Research Center documented the evidence and sent a letter to Lavazza and Nespresso in which they asked for a meeting to discuss the issue. The companies’ reaction was quick and a meeting was set up not only with the presence of Capannori Zero Waste Research Center staff but also with the italian food industry. In this meeting Nespresso and Lavazza committed to find solutions to this problem.

The companies rightly claim that their products are recyclable (the capsule) and compostable (the coffee grounds), but the problem is that for that to happen the capsules need to be collected and the recyclables sepately treated. The companies have no incentive to do this and the authorities fail to make the producer pay for the waste they put in the market.

Nespresso for instance has a goal of reacing 75% recycling of its capsules for 2013 in the EU but with the current take-back systems and lack of incentives it is unlikely that recycling will go beyond 25%. A good way to make sure that coffee capsules would go back to the producer would be to set a deposit system that would encourage the consumer to get involved in the process. This would be good for the environment, for the consumers and for the local authorities… in the long run it would also be good for the coffee companies who would get back the raw materials but in the short term it is clear that the Nespressos and Lavazzas of this world prefer passing the costs to the consumers and the environment. However, these costs could be internalised only with a fraction of the budget they dedicate to marketing. Only political will is lacking to make polluter pay. 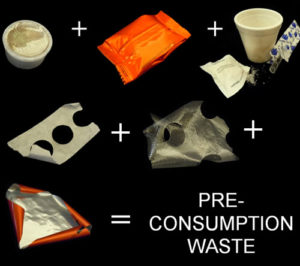 In a Zero Waste world there is no place for disposable coffee-capsules. If capsules are to stay it should be under the condition that the companies set up take-back systems that allow them to recover the coffee grounds to make good compost and the capsule to be reused –when possible- or recycled (not 75% but close to 100% like in deposit systems for beverages). In the meantime there is no better option than taking your coffee in the bar.