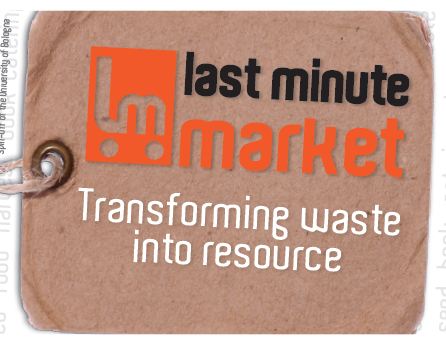 LMM eliminates waste by helping companies manage surplus (food and other items) and taking them out of the disposal route.

In the last post we dealt with the worrying amounts of food waste in Europe. In this post we want to present an european fantastic and succesful initiative to reduce the food waste; the Last Minute Market.

Last Minute Market (LMM) links shops and producers (processing industries, food shops, retail stores and the like) who have unsold food which would otherwise be discarded with people and charities who need food.

Prof. Andrea Segrè started with this project in 1998. The University of Bologna developped SMM as a spin-off and it is now active in more than 40 Italian towns and has new projects starting in other places in the world.

LMM eliminates waste by helping companies manage surplus (food and other items) and taking them out of the disposal route. Public institutions and communities also benefit from the reduction in the flow of waste to landfill and incineration which saves them money in taxes, health and environmental damage and less dependency on further foreign food imports. Finally it also improves food availability for the sectors of society that need it, and third sector (charity) destinataries who reduce operating costs and release resources for other projects.

LMM brings about environmental, economic and social benefits. According to founder Prof. Segrè if LMM Food were to be adopted nationwide in Italy by supermarkets, small shops and cash and carry shops, €928,157,600 would be recuperated in products. Furthermore, these products could provide 3 meals a day to 636,000 people – in total 580,402,025 meals a year. Also by not sending these products to the landfill, 291,393 tonnes of CO2 emissions could be spared.

In April 2010 LMM launched “ancora utili”, a program to recuperate unexpired prescription drugs donated by single users, doctors or hospitals. The pilot project in Ferrara has involved 11 pharmacies is projected to collect drugs for a market value of 15,000 euros per year.

In October 2010 LMM was presen 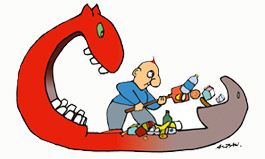 ted in the European Parliament and the Agriculture Committee approved this resolution to reduce 50% of the amount of food waste throughout the food chain.

LMM is a win-win project and another piece of a Zero Waste strategy. The prevention of waste helps optimise resource use with benefits for the different stakeholders as well as for the environment.