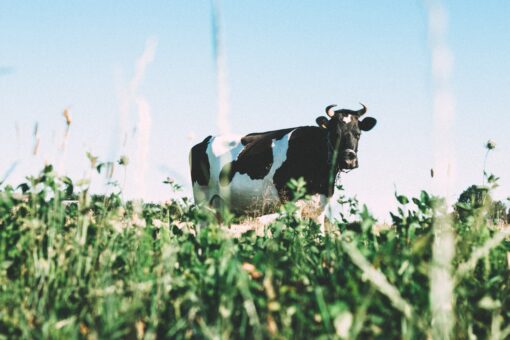 “One liter of milk is produced somewhere, then it has to travel to be packed in often unsustainable packaging hundreds of km away then it needs to travel again to a supermarket so that the consumer can buy it. After short period of use the packaging ends up in the waste bin. Milk without taste, expensive for the consumer, impoverishes the producers and it harms the environment.” This is unsustainable.

What about “One liter of milk is produced in a farm which is some km away from the milk-machine from which the consumer can refill a reusable recipient, enjoy the better tasting product and pay less money whilst the milk producer makes more profit and the environment suffers from less CO2 emissions and waste. A win-win situation for the producer, the consumer, the market and the environment.” Now, this is sustainable.

In Italy
The Italian Zero Waste Communities have been in the forefront of the implementation of the milk automat machines, now the system is spreading everywhere in Italy, mainly fostered by:
• the price issue – (remarkably) lower price for consumers, higher income for farmers,
• much less waste, hence less economic and environmental costs –for the households, for the municipalities and for the producers,
• more healthy milk for everybody – and more tasty too (not being neither skimmed nor homogenised the milk fat is remarkably more tasty),
• the so called “zero km” campaign, launched by farmers’ associations and the “slow-food” movement in order to support local production/consumption of food and typical local productions (quite a few restaurants are now offering “zero km” lists, and this is becoming a “trendy” feature of restaurants).

The technology used in Italy can be found here.
The success in waste reduction has pushed the ZW municipalities to install “Water Houses” –for both still and sparkling water- next to the milk machines where the citizens can get water for free without generating the waste that the bottled water produces.

In France:
Distrilait is the homologated distributor of milk and so far 85 milk distributors have been installed in France.
It is possible to bring your own bottle or recipient and fill as much as you want and if you forget your bottle, the automat has an integrated dispenser bottles.
You can see a video –in French- here.
Every milk machine costs 50,000 euros and the milk is sold 1 € per litter, that is 2 or 3 times more than the price given to the farmers by the big supermarkets.

In Slovakia
The system of milk automats was implemented in 2009 as a result of the crisis that hit the milk producers because of the extremely low prices they were paid for their product. These pushed some milk producers to opt for direct selling to consumers. In the beginning the machines were subsidised but the success was such that now there are more than 100 machines in operation and they don’t need subsidies anymore. To see a map of the milk machines in Slovakia click here.

In the Czech Republic
In the Czech Republic there is  similar success to the one in Slovakia which caused that the producers of the packaging of the industrial milk Tetrapack –which is very hardly recyclable and goes against waste prevention- launched accusations against the milk from these automat machines. Luckily the machines continue to operate.

In Spain
There are machines working in the Basque Country, Navarra, Asturias, Sevilla, Madrid and Catalonia. For instance, in Catalonia there are hundreds of machines distributing fresh milk coordinated by LletFresca.com.

Other Spanish regions such as Castilla y León have encountered more problems but they are moving ahead.

Many other countries such as Slovenia, The Netherlands or Switzerland have implemented the idea with huge success.